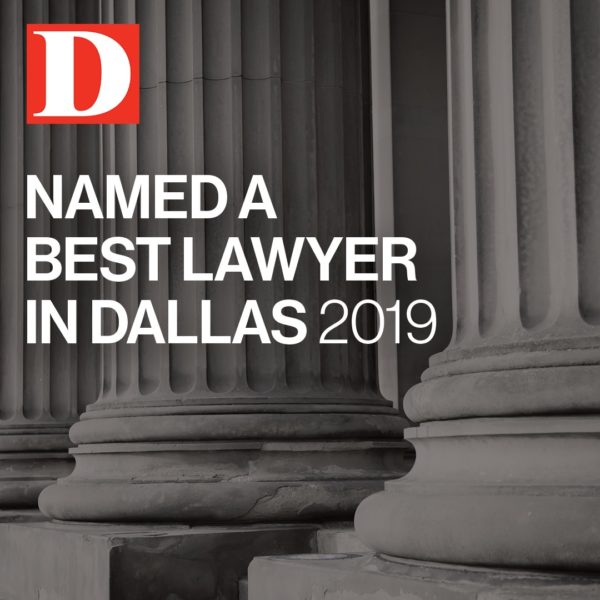 Attorney Jeff Rasansky has done it again! Rasansky continues to lead the way and has been named once again as one of the best lawyers in 2019 by D Magazine. As a practicing attorney since 1990, Jeff , is committed to seeking justice for injured victims and families of loved ones who have been killed due to the negligence of others.  He focuses his work on auto accidents, truck wrecks, medical malpractice, nursing home abuse, day care abuse, dangerous products and many other practice areas. Rasansky treats every case as top priority and every client with sheer respect and compassion.

When it comes to fighting cases for his clients, Jeff’s  professionalism, work ethics and aggressive approach make him stand apart from others.  He fights to maximize the recovery for each of his firm’s clients.

In order to get his clients a fair and full compensation that they rightfully deserve, Jeff investigates every case in-depth and collects crucial evidence to build a strong case. Furthermore, he ensures that all legal options are explored and utilized to fight for justice. Jeff utilizes his exceptional negotiation skills to represent his clients against some of the largest corporations and insurance companies. He works in their best interest and fights aggressively to get a fair settlement.

For Jeff, settling for less is not an option. And this is clearly evident from the fact that he’d be willing to take the case to  trial and fight it in the court when insurance companies, doctors, hospitals or product manufacturers don’t offer a fair settlement. He has dedicated his life to helping injured victims and leaves no stone unturned in making sure that his clients get the compensation that they are entitled to receive.

Jeff’s  commitment and diligence have not just been recognized by his clients, but also his peers and D Magazine. He is honored to be named as one of the best lawyers by D Magazine for 2019..  This appreciation is what continues to fuel his performance and propels him to outdo himself each year.