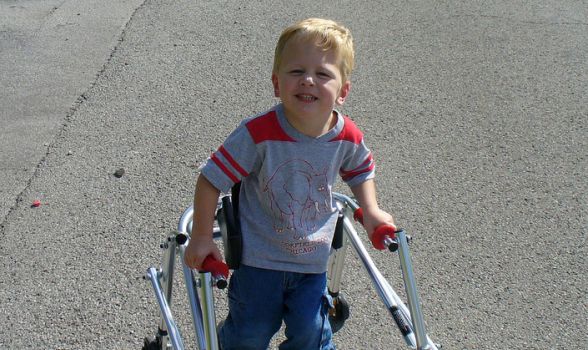 What are the most-common causes of cerebral palsy?

Causes of cerebral palsy while pregnant or during childbirth.


About 75 percent of those with cerebral palsy develop the condition in the womb. Some have linked the condition with the mother experiencing an infection during the pregnancy.
If labor goes on for too long, or if the baby does not have a sufficient supply of oxygen during the birth, it could result in cerebral palsy. In some of these cases, cerebral palsy may have been an absolutely-preventable birth injury.
A birth injury can occur if doctors leave the baby in the birth canal for too long, if doctors do not order a c-section quickly enough, if forceps are used incorrectly, if the vacuum extractor is used incorrectly, or if doctors don’t act when the fetal heart rate slows or fetal temperature rises.

About 15 percent of people with cerebral palsy developed the disorder in their first few years of life. In some cases, cerebral palsy is caused by a head injury from a car accident, child abuse, or other trauma. In other cases, cerebral palsy is caused by diseases such as meningitis, encephalitis, or any number of other bacterial or viral brain infections.
The majority of babies will be delivered without serious complication, but there are some times when mistakes do occur. If you have a child affected by cerebral palsy and you feel that it was caused by a medical error, you should speak with an experienced Dallas attorney with a background in birth injury and medical malpractice litigation.
Rasansky Law Firm regularly deal with these kinds of cases and can offer you a free assessment. Just take a moment to call 1-877-405-4313 or fill out our email form and we will be in touch to discuss your options.