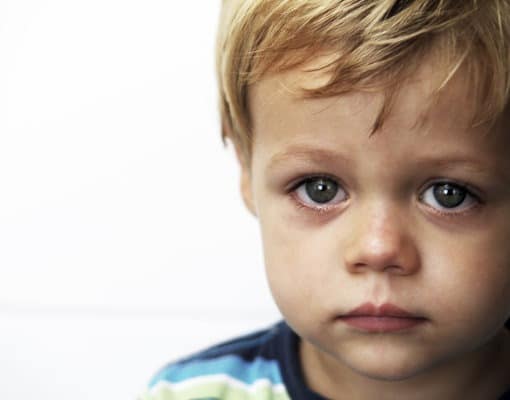 Rebecca Anderson, owner and operator of Becky’s Home Child Care, a state licensed home daycare in Mesquite, TX was arrested Sunday for charges of child endangerment having been accused of keeping infants and toddlers medicated and tied to car seats in a dark room.

Police were tipped off by a concerned parent who secretly attached a camera to their child’s car seat which recorded Anderson yanking their son out of a car seat by his foot, administering an unknown substance from a syringe, then being picked up off the floor by a bib attached to his neck.

Police executed a search warrant raiding the daycare on Friday about 1:30 p.m. allegedly finding 3 children in the master bedroom closet, strapped in plastic car seats with the door shut and the lights off. A total of nine children were found in the home, despite Anderson having told police there were only 5, all tied with ligatures, of what police describe as cotton shoelaces, around their necks.

Anderson initially denied the use of any medication but her story changed when she was shown the secret video, admitting she’d “likely given Tylenol to all of the children… to make them stop crying and to make her job easier.” She additionally told police she used the ligatures to prevent the children from getting out of the car seats.

Anderson is being held at the Dallas County Jail with a $45,000 bail. She is charged with nine counts of  “abandon, endanger child criminal negligence.”

State records show that Becky’s Home Child Care had been inspected twice over the past 3 years and that the only deficiency reported was failure for not having an appropriate emergency preparedness plan in 2016.

Keonna Oliver, the grandmother of a child previously cared for by Anderson, said that she had done her due diligence when looking for a care facility for her 2-year-old grandson and that the 5-star rating and awards of Becky’s Home Child Care had been the reason the home daycare was chosen.

Oliver’s grandson Tristan had gone to Becky’s home Child Care for 14 months before being removed for scheduling reasons. However, Oliver states that during that time, Triston did come home with some bruises, rashes, and scrapes. She states, “I was suspicious but we didn’t have proof”. “Anything we asked her about she would smooth it over.” She said Anderson would reply,” He played really hard today, I didn’t notice it”. Oliver said, “You think home daycare, you think safe, like home and it turned out to be something totally different and we’re so disappointed.”

If you suspect abuse or neglect at your child’s daycare, don’t wait to seek help. We work strictly on a contingency bases so you never have an upfront, out-of-pocket expense. Call Rasansky Law Firm for a free review of your case.