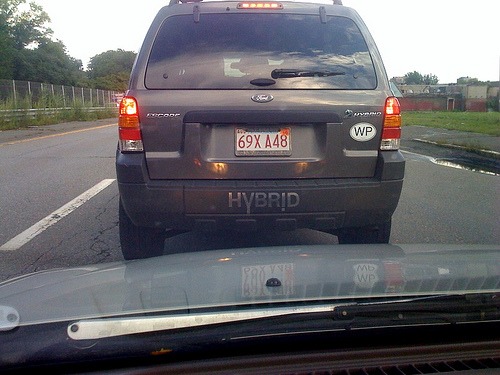 Tips for spotting (and avoiding) an intoxicated driver on the road.

If you’re injured by a drunk driver, you should consider contacting an attorney to represent you in a lawsuit. There are cases where a car wreck lawyer could win you large jury awards or settlements for the injuries and expenses you’ve suffered. The best thing you can do, however, is to avoid the drunk driver altogether. Here are some warning signs.

Drunk drivers tend to lose track of where they’re going and what they’re doing when they get on the road. Be sure you watch out for drivers that stop and start randomly. This is a sign of a drunk and you want to steer clear of any driver exhibiting this behavior.

Drunk drivers oftentimes overshoot or undershoot their turns, requiring them to adjust quickly in mid turn. This has the effect of looking like a swerve mid-turn. Be sure you keep well behind any driver who does this. Watch for other signs of drunk driving after they turn.

Drunk drivers will oftentimes drive much slower or faster than the posted speed limits. They’re often a little different than the average speeder in this regard, as most speeders stay around 5 or 10 mph over the speed limit and maintain their speed. Drunks are more random and far more dangerous.

This is a classic sign of a drunk driver. Sometimes they’ll straddle two lanes for many miles or keep pulling into another lane without signaling and then jerk back into their own. If another drive can’t stay in his or her lane, try to steer clear of those areas.

Drink drivers will tend to tailgate, swerve and be harassing all at once. If someone is doing this to you, do whatever you have to so that they can get by you or so that you can get safely off of the road.
It’s not a bad idea to report a drunk driver if you’re sure that’s what you’re dealing with. They are deadly threats and don’t deserve to be on the road. Remember that drunk drivers may face harsh penalties if caught, but that these penalties really do nothing for you. Make sure you contact an attorney to determine whether or not they could file a lawsuit for you. This could result in you winning compensation from the drunk driver that could help you pay for the pain and suffering, property damage and other mayhem that they cause for other drivers on the roads.