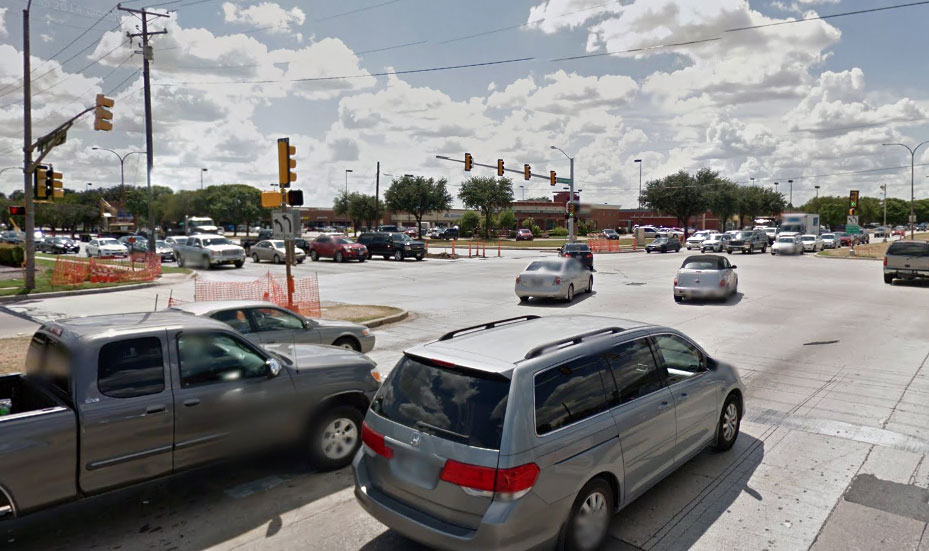 Fort Worth, Texas has its fair share of dangerous intersections.

The population in Fort Worth is expanding. This has resulted in an elevated number of drivers, and thus, quite a few car accidents.

While many accidents are unavoidable, it’s our hope that making people aware of these dangerous intersections will lead to an increase in awareness and a decline in collisions.

This intersection has long been one of biggest revenue-generating intersections for the city of Fort Worth due to the number of red light tickets issued. With this one intersection generating an estimated 10,000+ citations in just one year alone, drivers need to watch out. This intersection involves two divided roads which means cars have to travel a long way to get across the intersection, especially when making a turn. From July 1st, 2008 to June 30th, 2009 alone, there were 11 crashes including five t-bone accidents.

While this intersection doesn’t have a particularly high rate of red-light camera citations, the Eastchase Pkwy and Meadowbrook Blvd intersection has generated a high number of car accidents. From 06/01/2008 to 06/30/2009, there were 12 car wrecks reported at the intersection and 5 of them were red light-related. Eight people were injured in those accidents. The intersection involves two merging lanes that can catch drivers by surprise, especially if one driver runs a red light.

Merging onto S Hulen St from I-20 can be extremely dangerous and it is an intersection where rear-end accidents are very common. In 2008, there were 22 rear-end collisions and 34 total accidents. When exiting I-20, drivers are often traveling at a high rate of speed and if a driver is then surprised from an unexpected red light, they might not be able to stop in time. Out of those 34 accidents, 38 people were reportedly injured.

Another dangerous highway intersection exists at I-35W and East Berry Street. Drivers exiting Interstate 35W southbound have averaged as much as one accident per month. The speed limit on the access ramp is 30 MPH, but because cars are exiting off of the highway, often times they are traveling at a high rate of speed. The yellow light on E Berry St is also slightly shorter than the one of South Fwy, which makes a red light violation even more dangerous.

There were at least three fatal accidents near the I-30 and 377 interchange in Fort Worth from 2012-2013. Two of those accidents occurred just past 377 (also called Camp Bowie Rd.) on I-30 westbound. In 2013, another accident occurred on I-30 right at the 377 interchange involving a drunk driver.

The intersection of Highway 199 and Weatherford Street saw more reported car accidents in 2016 than any other intersection in Fort Worth (at least 51).

Hopefully those in the Fort Worth community can take note of these dangerous spots and take extra precaution around those areas. As awareness of the dangers grows, accidents should decrease and fewer people should be injured as a result.

If you’ve been in a car accident in Fort Worth, no matter the intersection, we ask that you call Rasansky Law Firm toll-free at 1-877-405-4313 and discuss the facts of your accident with an attorney for no charge. We’re available 24 hours a day to take your call, and we can explain the legal options available to you for free.