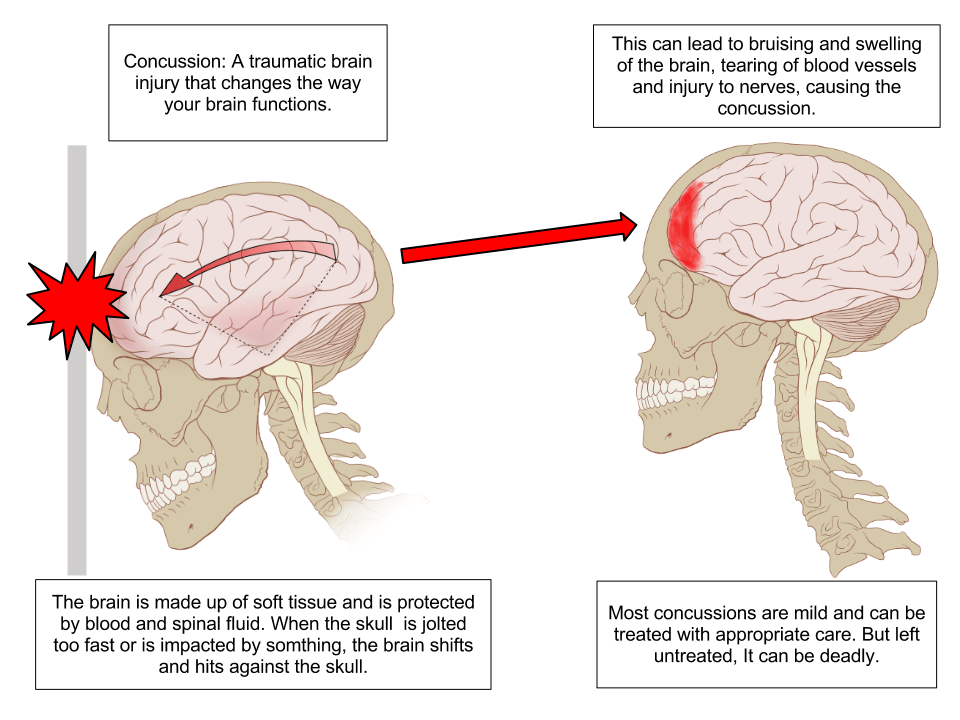 Have you suffered a concussion injury or mild TBI?

Speak with our Dallas personal injury attorneys about your legal options, for free, by calling 1-877-405-4313.

Concussion injuries (and the long-term health problems associated with them) have recieved a great deal of attention recently, mainly due to the controversy surrounding the NFL and its failure to address the growing evidence that concussions can have permanent and very-severe effects on the victims.

The terms “concussion” and “mild traumatic brain injury (mTBI)” are often used interchangeably in the United States, and can also be referred to as “mild brain injury,” “mild head injury” and “minor head trauma.” Doctors may describe a concussion as a “mild” brain injury because a concussion is not usually life-threatening. Even so, their effects can be severe and long-lasting.

If you have suffered a concussion recently, you are probably concerned about how the injury will affect you in the long term. Our Dallas injury attorneys have considerable experience with brain injury cases, and we can help you and your family seek compensation to pay for medical bills, pain and suffering, lost wages, ongoing care, and much more. Our team of experts can assess the total impact of the damage over your lifetime, and use this information to determine the potential value of your case.

If we decide to take on your case, we’ll do so for no out-of-pocket costs to you. We handle cases on contingency, meaning that if we don’t win your case, you literally owe us nothing.

Overview of concussions and mild TBIs.

A traumatic brain injury, or TBI, is classified as “mild” if the loss of consciousness (or period of confusion and disorientation) lasts under a half an hour. These types of injuries are often overlooked simply because the CT scans and MRIs often show no signs of injury.

In many lawsuits involving concussions and/or mild traumatic brain injuries, the defense will usually assert that all brain scans (CT and MRI) were normal. This is not an uncommon occurrence due to the fact that a mild TBI usually shows no visible lesions on the brain. However, the lack of a confirmation through diagnostic testing does not at all mean the injury does not exist. A TBI can often be classified as an “invisible” illness because of the fact the symptoms may take time to appear, and in the meantime, the individual shows no overt signs of injury.

According to new research by UT Southwestern Medical Center, individuals who suffer a traumatic brain injury with a loss of consciousness lasting more than five minutes have an increased risk of being diagnosed with mild cognitive impairment (MCI) later in life.

A mild traumatic brain injury is the most common type of TBI, but is often overlooked at the time of the initial injury. Some people have symptoms that last for a year or more. An individual with a concussion or mild TBI may experience problems with his or her cognitive abilities that include things such as the following:

It’s also important to be aware of what is known as second impact syndrome. This happens when a person suffers from a second concussion before the symptoms of the first concussion have dissipated. This second injury can be far more serious than the first one.

While the majority of people who suffer a mild TBI recover within three months, others suffer long-term effects such as problems with concentration and memory. There are a number of different symptoms connected to a mild TBI or concussion injury, but the most common ones are as follows:

None of these symptoms may necessarily be present at the time of the injury; in fact, they may not appear for days or weeks following the initial impact. The symptoms are often mild to moderate in nature, and as such, can be easily missed. It is often family and friends who notice the changes before the individual does.

Let us help you recover financially.

Whether you suffered a concussion due to a car accident, a workplace accident, a fall, a sports injury, due to a defective helmet, or in any other type of situation, we ask that you call us for a free consultation. We can help determine the strength and potential value of your case, and will advise you of your legal options (for free) moving forward.

Speak With Our Personal Injury Attorneys For Free