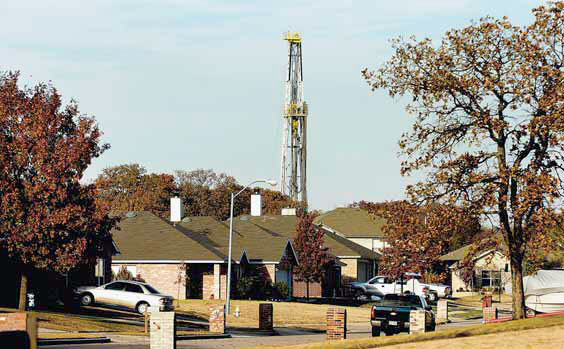 Is your family suffering from the negative impacts of fracking close to your home?


Fracking is a process where a mixture of sand, water and toxic chemicals are pumped into parts of the ground in order to access small pockets of natural gas. Numerous oil and energy companies across the country use this method because it’s cost-effective. Fracking has been recently connected to various health risks which we’ll cover in this article.
A North Texas family recently won a lawsuit against Aruba Petroleum, a company involved in extensive fracking in numerous parts of Texas and other parts of the country. The plaintiffs, Mr. and Mrs. Parr started noticing health symptoms which at first seemed bizarre and unconnected until they put the pieces together.
The whole family started getting distressing symptoms such as body rashes, nosebleeds, nausea, flu, migraine headaches, hearing and vision loss, vomiting and high blood pressure. Despite the fact that there were no fracking wells on their property, there were a few within a 2 mile radius.

The Parr family decided to see a doctor who found more than 20 harmful chemicals in Mrs. Parr’s body. He advised the family to move and seek help from an environmental doctor. With time, the Parr family filed a lawsuit naming numerous fracking companies within their vicinity, stating that these operations directly led to them suffering a host of central nervous disorders. They were able to collect $2.9 million as compensation from Aruba Petroleum as well as an undisclosed amount of money from other oil and energy companies named in the lawsuit.

Many legal experts state that this win could set a precedent when it comes to fracking cases and that many more individuals who may have suffered adverse effects may come forward with claims in order to seek justice and compensation.
Fracking has been shown to produce numerous byproducts with some of these being harmful to both the environment and people. Benzene, a fracking byproduct irritates the mouth and throat and can become a carcinogen over time. Additionally, there are lax regulations when it comes to fracking rights and environmental controls which need to be revisited before more people become affected by this controversial practice.

We may be able to help!

If you’ve suffered adverse effects from fracking within your community, please get in touch with Rasansky Law Firm today. You can call us at 214-651-6100 (or toll-free at 1-877-405-4313) any time, 24 hours a day. You can also send us a message via the email form found on this website. We look forward to helping you.