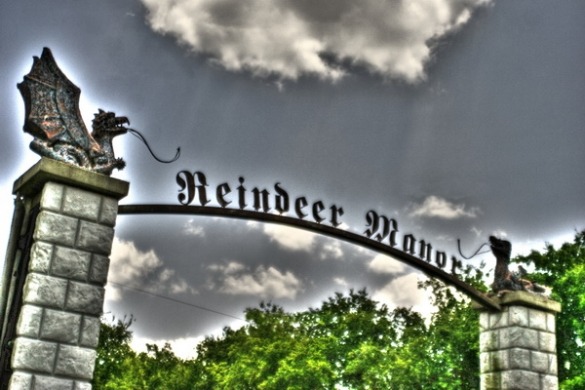 Looking for a REAL Haunted House in Dallas This Halloween?

Allow us to take you on a journey through the supernatural underworld of Dallas, marking the most “haunted” locations in the DFW Metroplex. Even if you’re not a believer of the supernatural, you may be surprised by the deep and interesting history of these north Texas landmarks.

Located in Mineral Wells, the Baker Hotel was the subject of several alleged hauntings well before its closing in 1972. According to former hotel workers, the ghost of a woman haunts the seventh floor of the hotel. Workers believe the ghost to be the former mistress of the hotel’s manager, who jumped to her death from the roof of the building. Some have reported smelling her perfume in her former room on the southeast corner of the seventh floor.
When a tour of World War II veterans and their spouses were touring the hotel, as they entered the “Brazos Room,” most members of the group reported hearing faint clanking dishware, voices, and orchestral music. Sources say the group was certain that they were hearing “the ghostly echoes of a time long past.”
Recently, some of the caretakers of the now decrepit building have reported hearing footsteps while alone in the empty former hotel.

Constructed in 1903, the historic colonial-style mansion located in Fort Worth was built for wealthy rancher Tom Waggoner’s newly-wed daughter, Electra. The mansion passed through a few sets of hands until it was left empty from 1968 until 1975. At that time, a group known as “Save-the-Scott” (the mansion was known as “The Scott” at that time) purchased the home for preservation. As the house was renovated, multiple reports of apparitions began to surface.
One reported apparition was of a woman dressed in white who appeared on the landing of the grand staircase. A man dressed in tennis clothes with a handlebar mustache has also been reportedly spotted on the grounds. During the renovations, music was even reported to be emanating from a closed-off third story bedroom.
During a wedding held on the grounds, one of the members of the bridal party reported seeing a lady dressed in clothes from a much earlier era exiting a parlor near the dressing room. However, she was told that no persons in period clothing were used for weddings on the grounds.
A ghost hunter who was conducting a paranormal investigation of the mansion also reported seeing a dark shapeless materialization hovering over her. However, when she shined the flashlight on the apparition, it was said to have vanished.

Miss Molly’s Hotel in Fort Worth was built in 1910 and was used as a bordello through much of the 1940’s (when it was called the Gayatte Hotel). According to stories, many residents from the bordello days decided to extend their stays… permanently.
There are seven themed rooms in the hotel, and all have allegedly experienced some type of paranormal activity, with the Cattleman’s and Cowboy’s rooms being the location of the most famous sightings. Most reported visitations are apparitions of young girls who are believed to have worked in bordello.
There have also been unexplained scents, disappearing items, toilets flushing, lights turning off and on, and unlocked doors that refuse to open. Texas Christian University makes regular visits to the hotel to record the phenomena with their paranormal activity class.

In Arlington, River Legacy Park is said to have hosted multiple haunting events over the years. The park lies near a set of railroad tracks where the train must slow down, which makes it an attractive area to train hoppers or “hobos.” One night, a train hopper reported that he was awoken by the sounds of a man and a woman fighting in a car. The man had apparently knocked the woman unconscious, so the vagrant opened the car door to help and was shot and killed by the other man. Legend has it that if you park your car in the park late at night, you may hear a ghostly tap on your window.
During the Civil War, captured Union spies were often brought to the area in order to be hanged. The accused were often brought to an area of the park with a large mound of dirt and what was a fence (now it is only two fence posts). The area is now called “Hell’s Gate,” and according to legend, if you walk the trail to the fence posts, you can hear the faint sobs and whispers of the captured men.

Reindeer Manor is currently a “commercialized” haunted house (or Halloween park), but the current owners picked this house specifically due to its strange history of violent incidents. Around 1915, while the house was leased to a group of Swedish sharecroppers, a bolt of lightning erupted a violent fire which killed the entire family of sharecroppers. Sharp decided to rebuild the house and wanted to create a lavish homestead for his wealthy family. However, Sharp was killed before the house in Red Oak was finished. Legend has it he was killed either by his own hand or by his mistress.
His son, Matt, moved into the property and developed a successful ranching business. However, when the Great Depression hit in 1929, Matt was hit hard. Rumor has it that Matt held seances within the house in order to turn his fortunes around. Matt later committed suicide inside the home by hanging himself, and his wife was found dead by poisoning.
Currently, the location operates as a commercial haunted park and puts on several shows from September through November.

The Catfish Plantation restaurant (located about 30 miles south of Dallas in Waxahachie) is notorious for their many paranormal reports, and proudly proclaims themselves “The Most Haunted Restaurant in Texas.” The restaurant has been featured on a variety of shows from various networks, including the Travel Channel.
Over the years, the owners and employees have reported several strange happenings, including coffee being brewed before employees arrived, levitating objects, a blue glowing light, and the ghostly figure of a bride standing by a front window.
Not to fear though, the “group’s chief investigator” determined that all of the spirits at the Catfish Plantation are categorized as “friendly and positive.”

Haunted Houses and Other Attractions

If you’re looking for something more-geared toward fun and excitement this Halloween, there are always plenty of haunted houses as well as a few family-oriented events.

“Halloween Nights” at the Dallas Zoo

Boo at the Zoo (Fort Worth Zoo)

Know of more “haunted” places in the north Texas area? Tell us in the comments below!