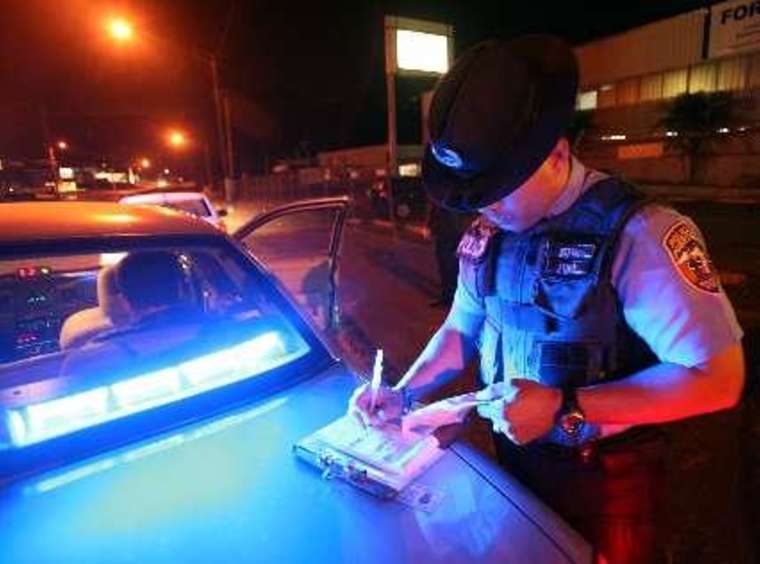 Some cities in the Dallas-Fort Worth Metroplex issue more speeding, parking, and traffic tickets than others.

Have you ever wondered which cities in the Dallas-Fort Worth area issue the most traffic tickets? We looked at the data and the results may surprise you!

Of cities with more than 15,000 people, here are a few of the most ticketed areas of north Texas:

Dallas proper, with a population of 1,241,000, issued the most tickets out of any DFW municipality, with 168,455 tickets issued in 2014. However, the ratio of tickets per resident was one of the lowest in the area. Dallas issued .14 tickets per resident, which is comparable to DeSoto and Sachse, two much smaller municipalities. Surprisingly, for as big and as well-policed as Dallas is, it is statistically one of the least ticketed areas in the Metroplex.

The relatively small, upscale suburb of Dallas only has 27,000 residents but it’s rate of ticketing is absolutely through the roof! In 2014, there were 20,191 traffic tickets issued in the city of Southlake, which means that for every one person who lived in Southlake, .73 tickets were issued. Out of the larger cities in north Texas, Southlake has (by far) the highest ratio of tickets to residents. This may not be too surprising to some of you. Upscale areas like Southlake generally rely on revenue generated by traffic tickets more heavily than other areas, so they place a greater emphasis on traffic enforcement.

Not to be outdone by Southlake, the slightly larger DFW suburb of Hurst also issues its fair amount of tickets, though at a smaller clip than Southlake. Sporting a population of 38,194, there were 20,426 tickets issued in Hurst, which amounts to .53 tickets per resident. Hurst is the second most-ticketed large DFW city per capita, and it is still .2 tickets per resident behind Southlake. The next five most-ticketed cities after Hurst are all within .08 tickets per person of Hurst’s .53 rate, which shows just how much of an outlier Southlake really is.

Located near Fort Worth, Haltom City is next on the list of large cities that issue a lot of tickets. With a population of 43,376, this city loves to issue tickets. Similar to Hurst, Haltom City issues .49 tickets per resident, which makes it one of the most ticketed cities in DFW. In 2014, there were 21,375 tickets issued – more than Hurst and Southlake.

It’s difficult to compare larger areas of the Metroplex with places like Highland Park, which have a population of just 8,819. So, here is a separate list of cities with populations of less than 15,000.

One of the smallest cities in the Metroplex issues a lot of tickets. With a population of only 1,884, there were 6,461 tickets issued in Northlake last year! That amounts to the highest ratio of any Dallas-Fort Worth Metroplex city, with 3.43 tickets issued per resident. Located in Denton County near Texas Motor Speedway, drivers should tread carefully if they are traversing I-35W in Northlake.

A small community located off of W Pioneer Pkwy near Arlington, Pantego is another place where drivers should be especially careful if they want to avoid a traffic ticket. This small city only has a population of 2,462 but the city issued a whopping 8,001 traffic tickets, which added up to 3.25 tickets per resident.

The heavy ticketing also applied to the nearby town of Dalworthington Gardens, which had a ratio of 2.23 tickets per capita.

One of the most notable small towns in the Metroplex, it is no surprise that the ritzy area of Highland Park issues a lot of parking and traffic tickets. With a population of just 8,819, there were 10,981 traffic tickets issued in Highland Park last year, amounting to a ticketing ratio of 1.25.

According to Keller Police (which provides Westlake’s police services under contract), police issued 7,524 tickets in 2015. That’s 6.43 tickets per resident and the highest per capita rate in all of DFW.