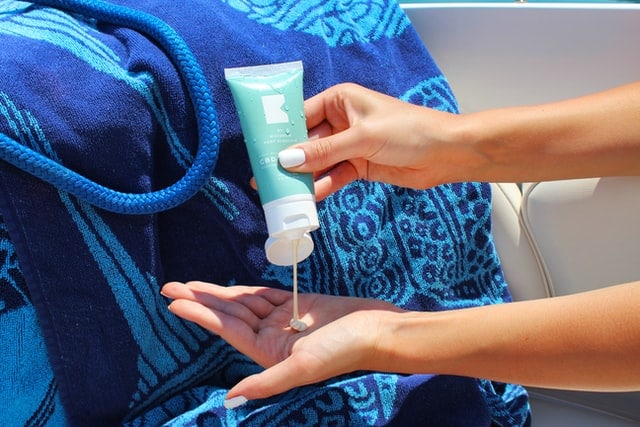 Johnson & Johnson recalled Neutrogena and Aveeno sunscreen products after some samples tested positive for low levels of benzene. The company announced that consumers should stop using the products and discard them. If they face any reactions or have any concerns, they should contact their healthcare providers or physicians.

Benzene is called the human carcinogen and depending on the level of the carcinogens humans are exposed to, it has the potential to cause cancer. Continued exposure to benzene can cause leukemia and other blood disorders.

Benzene is naturally found in forest fires and volcanoes and is also a part of crude oil, gasoline, and cigarette smoke. It is commonly used to manufacture plastic, rubber, dye, resin, and pesticides.

It is present all around us in our environment, even in the air. If you can limit your exposure to it, great. One effective way to do it is not to use sunscreen that contains benzene.

J&J did announce that the amount of benzene detected in these aerosol sunscreens is not expected to cause harm to your health. The product was still recalled by the company as a safety precaution. In a press release by Valisure, an independent testing lab in Connecticut, Dr. Christopher Bunick, Associate Professor of Dermatology at Yale University said, “There is not a safe level of benzene that can exist in sunscreen products. Even benzene at 0.1 ppm (parts per million) in sunscreen could expose people to excessively high nanogram amounts of benzene.”

The products recalled under the Neutrogena brand are Cool Dry Sport, Beach Defense, Invisible Daily, and Ultra Sheer while the Aveeno aerosol that was recalled is Protect + Refresh.

Before J&J announced traces of benzene and recalled their products, Valisure had already tested various sunscreens and Neutrogena had topped the list in traces of benzene. Only after this did J&J conduct an end-to-end investigation from their manufacturing process to raw materials and internal testing to identify traces of benzene.

Class action lawsuits come into play when more than one person is filing a case against the company for similar injuries. It seems impractical to cater to individual cases then and a joint lawsuit is filed. Either one or a few of the representatives file the case while the other potential class members are regularly notified of the proceedings.

To be classified as a class, few requirements need to be met:

These requirements need to be adequately met for the class action lawsuit to be approved by the judge.

Advantages of a Class Action Lawsuit

There are a few benefits to filing a class-action lawsuit as opposed to an individual one:

If you are a victim of an injury caused by faulty recalled products, you have a legal right to file a lawsuit against the company and seek financial compensation for the damage caused. Tort law exists to hold careless retailers and manufacturers accountable for their negligence while compensating the victim for damages and losses.

There are several questions you might have when it comes to product liability law and seeking compensation from the company that has caused damage to you. In such cases, an experienced lawyer is a good option to answer any queries and confusion you might be facing. Our product liability lawyers at Rasansky Law Firm are experienced at dealing with recall lawsuits and would be able to guide you through the step-by-step process.