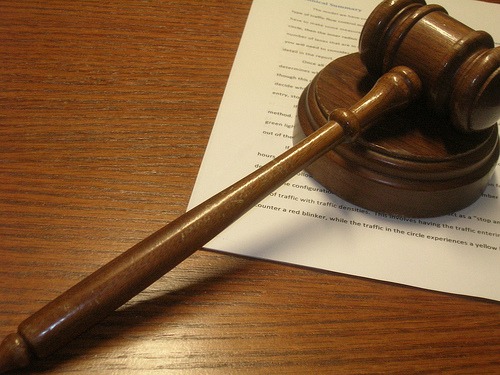 Think medical costs are high due to malpractice lawsuits? Time to look at the facts.

Many people believe that the high cost of health care in Texas (and the United States) is due in part to medical malpractice lawsuits. I mean, why wouldn’t people think this? This is the exact argument that was used by tort reform advocates to pass sweeping medical malpractice tort reform in Texas back in 2003. Well, a new study shows that this isn’t the case at all. Unfortunately, voters in Texas were tricked by big insurance, and all we got in return were fewer rights.

In spite of the beliefs that have plagued the healthcare industry for decades, a recent study by RAND Health has disproved that the assumption that more diligence (unnecessary CT scans, MRIs, hospital admissions, etc) by doctors who are afraid of facing a lawsuit was the reason for rising health care costs.


In three states where new laws were passed that made it next to impossible for patients to sue doctors for medical errors (Texas, Georgia and South Carolina), the RAND study showed that there was no reduction in the costs of emergency room care. The chief author of the RAND study told Reuters that if you believe there is a great deal of pure waste within the health care industry, and you seek to cut costs, medical malpractice reform is not the way to accomplish that goal.
The question of whether defensive medicine holds the responsibility for higher health care costs has come up many times, according to a representative of Ran HEALTH in Santa Monica, California. The only thing this line of thinking accomplishes is preventing people from seeking other (valid) avenues of reducing costs in a more effective manner.

A PricewaterhouseCoopers study in 2010 estimated that the cost of medical care performed simply to prevent malpractice lawsuits cost $210 billion annually.
This new RAND study (published in the New England Journal of Medicine) reviewed costs in Georgia, Texas, and South Carolina both before and after they changed their laws to only allow patients to sue emergency room doctors for gross negligence. The team analyzed more than 3.8 million Medicare records from a total of 1,166 hospitals. Some of the hospitals analyzed were in neighboring states that still allowed patients to sue for malpractice under ordinary negligence (failure to provide reasonable care) rather than the more serious and difficult-to-prove gross negligence standard.
While tort reformists claimed that the cost of defensive medicine would go down after implementing these restrictive laws, researchers in the study found no difference in the results after the three states implemented these medical malpractice reform laws. In fact, the only change they found was in Georgia where they noted a tiny 3.6% drop in emergency room charges when compared to neighboring states following the new rules put in place there back in 2005.
While there may have been a small change on one of the three states, the overall results suggested these new laws offered little, IF ANY change to the level of care provided to Medicare patients in emergency room settings. While medical malpractice tort reform may not have changed the way doctors practice medicine, they have prevented countless victims of medical negligence from recovering the money they need following an injury which was not their fault.

In my opinion, putting a cap on damages (which is part of the 2003 tort reform in Texas) is also a terrible thing to do. This essentially means that if a jury hears both sides of a case and decides that the victim is owed $1 million (say they’ve been paralyzed and will need a lifetime of care), that’s what the victim should get! No one knows the case better than that jury, and why is it the State’s business to come in and say “no, you’re only owed this much?” This does nothing to reduce the number of unsubstantiated lawsuits, as it only applies to valid lawsuits where the victim suffered extensive harm. Why are we taking away the rights of our citizens to give these breaks to health care insurance companies? It’s ridiculous. I think if more people took the time to truly learn and understand who these tort reform laws help and who they hurt, we might be pretty upset with ourselves for voting them in back in 2003.