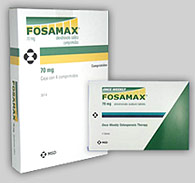 Many drugs widely prescribed and used are perceived to be safe for consumption, when they can actually be harmful. Although these drugs do have their benefits, they can be devastating and even fatal.  Stay informed about all drugs that you are taking or prescribed; your doctor may not be telling you the whole story.  Your best defense is education.  Our dangerous drug lawyer has put together a detailed list of some of the most frequent offenders:

You and your loved ones have right to know the dangers these and other drugs pose to your health. The effects of a dangerous medication can be devastating and sometimes fatal. If you or somebody you know has been hurt or worse, killed, by the prescribed use of these or another dangerous pharmaceutical, you and your family could be entitled to a settlement for your pain and suffering.

Rasansky Law Firm has extensive experience with these types of cases, and will use all of our resources to secure the best settlement possible on your behalf. Fill out a free case evaluation today to begin the fight for justice TODAY with our Dallas dangerous drug lawyers.