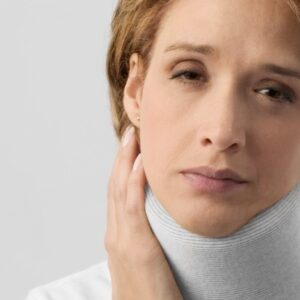 Marketing is one of the ways that a product may be deemed to be defective from a legal standpoint.

The marketing that is used to sell a product has to accurately represent that product, what it does and how it is to be used. If it inaccurately represents the product in any way, it might be cause to sue if you suffered financial or physical harm as a result of that marketing. False marketing can be dangerous when it leads to injury.

A product has to perform as advertised. If a claim is made for a product that is not true, there is potentially vulnerability on the part of the advertiser to being sued. If your ISP sells you 8Mbps Internet access and you never get speeds higher than 1Mbps, for example, you may be able to sue over it. If an inaccurate claim led to a personal injury, you may be owed significant compensation.

2. Advertised for the wrong purpose.

If a product is advertised and sold as being able to do something that is not true, that can be grounds for a lawsuit. For example, if you were sold an electronic service that was supposed to be able to send emails and faxes but that could not, you would want to consider suing the provider. Sketchers has recently run into this problem with their “shape up” shoes which have shown do not actually increase fitness.

3. Dangerous if used as recommended.

A product has to be safe to be used as advertised. A bicycle, for instance, has to be reasonably safe compared to other models on the market and according to official standards that are set by regulatory agencies. A bicycle is actually dangerous when used properly; you can fall off and injure yourself. It cannot be sold if it is dangerous in any way – that can include if the cross bars have flimsy welds, because the forks are prone to breaking or because the brakes don’t work, or because of other inherent flaws. If it is dangerous when used as recommended, you may want to sue over it if you come to serious harm.
Talk to a defective product attorney about any case where you’ve suffered financial or personal harm because of a product that was advertised incorrectly. Not every product liability lawsuit has to be worth millions to make it worth it to file. For example, if you spend a great deal of money over the course of years and been physically hurt by a product that turns out to have been falsely advertised, you may let an attorney help you to file a lawsuit to recoup your expenses. Not every defectively advertised product can be sued over, but many can.