Camp Lejeune, or the Marine Corps Base Camp Lejeune, is a military facility of about 246 square miles located in Jacksonville, North Carolina. The military base used for amphibious assault training has 14 miles of beaches and is located between 2 deep water ports that allow for fast deployments. However, this is not the reason behind the fame of the military base camp; Camp Lejeune is popular for what scientists call the “worst public drinking water contamination” ever in the nation’s history.

It was between 1953 to 1987 that Camp Lejeune suffered from a high degree of water contamination in two out of eight of its primary water sources. Camp Lejeune Marine Corps base in North Carolina had 8 water treatment facilities supplying water to the base. However, two of them got contaminated by volatile organic compounds (VOCs) from the 1950s to the 1980s. Hence, anyone present at the base during these years is at risk of exposure to toxic substances in the water.

Let’s get to know more about this case.

Camp Lejeune is one of its era’s most vital, largest, and busiest marina military bases. But along with that, it was also one of the biggest contributors to waste in the area. The base disposed of oil and industrial wastewater in storm drains. But the most significant source of water contamination was a nearby dry-cleaning business, which for years dumped its wastewater full of dry cleaning chemicals into the drains. These dry-cleaning solvents contained dangerous chemicals like tetrachloroethylene and PCE (perchloroethylene), which is a suspected carcinogen as well. PCE was not only sourced by the dry cleaning service; the Marines on the base also used the chemical for cleaning machinery. 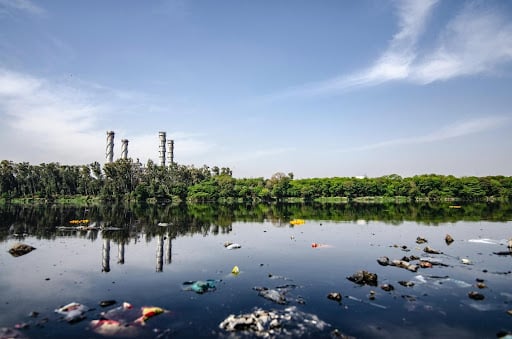 The Marine Corps claimed the EPA did not regulate organic solvents such as PCE; how

ever, regulations by the Department of Navy’s Beurue of Medicine and Surgery marked harmful substances in the water – which means the dangers and risks attached with organic solvents were well known to the Corps. In fact, other military bases closed their wells that were tainted with solvents, and a regulation on the books at Camp Lejeune shows Corps knew about the hazards of organic solvents as early as 1974 – but did not take serious notice.

It wasn’t until the 1980s that military chemists began testing Camp Lejeune’s drinking water – and observed traces of organic compounds as well as solvents in the treated water. In 1982, Grainger Laboratories in Raleigh, North Carolina, was hired to test the water at Camp Lejeune – and the chemists were shocked to find “synthetic organic cleaning solvents” and “heavy organic interference” in the drinking water.

Who is at Risk of Camp Lejeune Water Contamination?

Any who spent time and was present at Camp Lejeune between the years 1953 to 1987 is at risk of the hazards of Camp Lejeune water contamination. People who may have been exposed to the toxins are:

The Camp Lejuene water contamination is a huge health hazard to the people who were in the vicinity and used the water during those years. The water was reported to contain toxic volatile organic compounds (VOCs), including

The chemicals mentioned above are continually linked to congenital disabilities and other serious health problems. Moreover, exposure to these chemicals can also cause fatal diseases and various types of cancers.

Along with this, in September 2012, 12 pounds of elemental mercury was found at the HADNOT Point Water Treatment Plant at Camo Lejeune. The water plant is kept offline for the next few weeks to clean up mercury. The officials present believed the mercury contamination could be a result of water pressure meters containing elemental mercury, which were removed from the plant in the 1980s. Mercury is another dangerous element; it cant be passed on to unborn children from their pregnant mothers. Being exposed to mercury can cause vision problems and affect the lungs.

In August 2022, Joe Biden signed the PACT act and passed the Camp Lejeune Justice Act of 2022 as a part of the Honoring Our Promise to Address Comprehensive Toxics (PACT) Act. This has brought veterans one step closer to securing benefits and getting the compensation they deserve for being exposed to the toxic water at Camp Lejeune – which was being denied justice for over 40 years.

Who can File a Camp Lejuene Lawsuit?

To file a lawsuit, you need to meet the eligibility criteria. According to it, you are eligible if you?

Spend at least 30 days from August 1st, 1953, to December 31st, 1987, near the marine base. If you can provide proof that you spend 30 consecutive days at Camp Lejeune between this time, then you are eligible to claim compensation.

If you or your loved one suffer from any one of the following 15 life-threatening conditions, then you can file a claim. You will have to provide medical records confirming the condition, namely:

The conditions mentioned above are usually a result of exposure to dangerous VOCs found in the drinking water at Camp Lejeune; hence if you were present in the locality during the years and now suffer from any of these conditions – you can file your claim.

Get an Attorney Now!

If you or a loved one has been exposed to Camp Lejeune water contamination and developed an illness as a result, you may very well be eligible for compensation through the PACT act.  Once you contact us, we’ll determine whether you’re a good candidate for a Camp Lejeune water contamination lawsuit. We’ll prepare and file the paperwork and send a demand letter to the defendant.  We will then start the discovery phase and try to gather as much evidence as possible to ensure that you have an airtight case.

Camp Lejeune lawsuit will be filed on a contingency fee basis with our law firm. This means that we won’t charge you a single cent unless we actually recover compensation for you. Because Camp Lejeune lawsuits will likely involve a complicated statute of limitations application, it’s important for you to contact us immediately so we can evaluate your case. Please call us today for your free consultation.