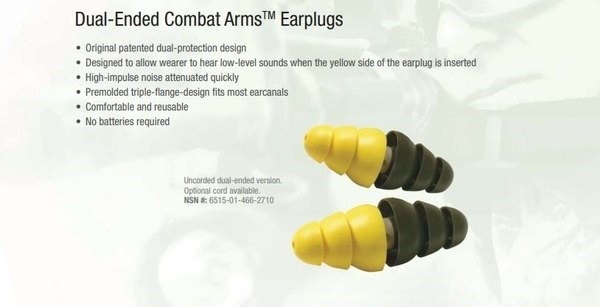 From years 2003 to 2015, US military personnel were exposed to the risk of permanent hearing loss and impairment because of 3M’s combat earplugs defective products that were supplied to military officials.

If you or your loved one happened to serve in the military during this period and suffered from a hearing impairment, hearing loss or tinnitus due to the defective 3M combat earplugs, contact our experienced product liability lawyers to represent your case and help you seek compensation for your losses. At Rasansky Law Firm, we’ve built an impressive track record of success over the past 27 years.

Putting the Facts Straight—Understanding What Happened

3M is a Minnesota-based company that served as a government contractor for manufacturing and selling combat earplugs to soldiers from 2003 to 2015. However, what’s shocking is that as per the Justice Department, 3M knowingly sold defective combat earplugs to the DLA (Defense Logistics Agency) without informing them about its faults. The company was aware the earplugs didn’t meet the military safety standards and could lead to permanent hearing loss among users.

Since 2003, the company has been touting about its dual-ended combat earplugs as the best product that is capable of providing both excellent noise protection and at the same time, it allows wearers to hear commands from fellow soldiers. What’s worse is that during the testing phase, 3M found that the basic function of the earplugs was faulty, but they falsified certification claiming that the testing conformed to the military standards, thereby purposefully providing defective equipment to the soldiers.

Furthermore, in the year 2006, the government signed a contract with 3M to supply an estimated total of 15,000 earplugs packages that included 50 pairs of earplugs per package. These were sold to the US military members until 2015, when the product was finally discontinued. However, 3M’s defective combat earplugs were not recalled. Therefore, these faulty earplugs are still being used by veterans and sold by vendors.

The damages from 3M’s defective combat earplugs have been profound. Hundreds of military officials are filing lawsuits against 3M for selling faulty earplugs, which did not maintain a tight seal and allowed loud sounds to pass through. The excruciatingly loud noise led to hearing loss, loss of balance and tinnitus.

Tinnitus is the perception of ringing or noise in the ears. It is the sensation of hearing a sound, such as ringing, buzzing, roaring, hissing, clicking and humming. Additionally, the sound may vary in pitch as well, such as from a low squeal to a high roar. This condition can affect one or both ears. Also, the sound inside the ears can be so loud that it can interfere with a person’s ability to actually hear or concentrate on external sounds. Tinnitus can be present in the ear at all times or it may come and go.

To resolve the allegations, 3M agreed to pay 9.1 million US dollars in settlement. As the original whistleblower case was filed under the False Claims Act, the settlement fund offered by 3M Company went directly to the US military. It is now being used to directly benefit and compensate injured soldiers suffering from hearing loss and tinnitus.

The lawsuit allegations, brought under the False Claims Act whistleblower provisions, allow private parties to sue on behalf of the government if they know that the lawsuit’s defendants submitted false claims for government funds. Moreover, the law also allows whistleblowers to share the funds recovered after a successful lawsuit. Thus, as part of the resolution, according to the Department of Justice, the whistleblower will now receive $1911000 as reward.

The Defense Criminal Investigative Service and other law enforcement parties are now working actively to hold companies accountable for supplying clients with substandard products. This targets particularly those products that have a direct impact on the US service members, their health and welfare.

How You Can Recover Compensation

If you have served in the military and suffered from hearing loss, then you too can be entitled for a recovery claim. Financial compensation can cover medical expenses, pain and suffering and other damages that you have experienced due to using 3M defective combat earplugs. However, to qualify for compensation, you must meet the following criteria:

For filing a lawsuit and recovering compensation in a timely manner, get in touch with our experienced product liability lawyers today. At Rasansky Law Firm, we can provide you with quality guidance and assistance every step of the way. We are dedicated to helping clients get justice and fair compensation for their losses and injuries.