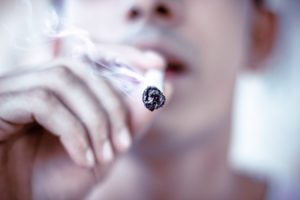 Electronic cigarettes, or e-cigarettes, have been long advertised as a safer alternative to traditional cigarettes, and they’re being recommended by several tobacco cessation experts.

Hon Lik, a Chinese pharmacist, is credited to have invented the first generation of e-cigs in 2003 that used a heating element to vaporize nicotine diluted liquid in a propylene glycol solution.

E-cigarettes entered the US market in 2007 and quickly become popular, especially among young adults. A group of researchers found that e-cigarette use has become increasingly common among middle and high school students in the US.

An estimated 3.6 million teens and young adults today are reported to be vaping. While manufacturers claim e-cigs are less harmful, recent research shows that e-cigarettes have several health risks, particularly for kids, teens, and young adults. These discoveries have led to several tort litigations against e-cig manufacturers.

JUUL Labs Inc. is one such e-cig company that is currently facing several lawsuits for using shady advertising practices to make its product appealing to the youth. This would be an example of a product liability claim. Our Dallas, Texas product liability lawyers know that injuries from a defective product can range from bruises, or burns to fractures, concussions, serious brain injury, paralysis and even wrongful death.

Under the Spotlight: Tort Lawsuit Against JUUL Labs

JUUL Labs is facing several lawsuits for allegedly using illegal marketing strategies to target teens. The company has been accused of downplaying the risks of its JUUL e-cig brand.

[highlight type=”light”]Fact Check — JUUL Labs, Inc. based in San Francisco, CA, JUUL Labs is an e-cigarette manufacturing company with nearly 75 percent share in the e-cig market.6 As of 2018, Marlboro maker Altria Group held about 35 percent share in the company, and the revenues amounted to over $1 billion.  [/highlight]

Prosecutors allege that JUUL, alongside its parent company Altria Group, had underplayed the dangers of nicotine to teens and young adults. One recent lawsuit that was filed in Florida involved a 15-year-old girl who had experienced seizures due to vaping. The lawsuit alleges that the company had not revealed the nicotine content and the addictive potential of e-cigs.

The Florida lawsuit had alleged that JUUL had used youth marketing playbook of Big Tobacco to make the youth become addicted to a high nicotine content of its e-cigs. JUUL was also accused of not disclosing to the public that FDA has not found e-cigs to be safe or effective in smoking cessation.

The company was also accused of violating the federal Racketeer Influenced and Corrupt Organizations Act (RICO) and Florida’s Deceptive and Unfair Trade Practices Act and by using deceptive tactics to target its products to the youth. JUUL was alleged to have used misleading marketing techniques to make its products seem less addictive as compared to traditional cigarettes.

The lawsuit had also alleged the company of violating strict product liability by failure to warn about nicotine addiction and design defect due to high nicotine content that was known to be harmful particularly to teens and young adults. Moreover, the company was alleged to have acted negligently and unjustly enriched itself at the expense of the consumers.

Another recent lawsuit filed against JUUL Labs was filed by prosecutors in the state of Illinois. The lawsuit also accused the manufacturer of targeting the youth with the goal of making them addicted to their high nicotine product. JUUL was accused of using its Instagram and Facebook accounts for promoting the use of the e-cig among young adults. These social media handles were later deleted.

While the lawsuits against JUUL are ongoing, evidence clearly shows that the company had targeted the youth in its marketing and promotional activities. A Congressional House Hearing subcommittee this year found that JUUL arranged a sophisticated tobacco use youth awareness program across the US to increase awareness among children as young as 8. The subcommittee members concluded that the claimed intention of the awareness program was a farce and the company was using the campaign to promote its products among teenagers.

FDA is also currently investigating the marketing tactics used by JUUL. The company has been given a deadline of May 2020 to prove that its products benefit instead of pose a health risk to the public.  If the company fails to convince the regulatory authority, the FDA could decide to ban the product from the market.

Takeaway from the JUUL Lawsuit

Lawsuits against JUUL highlight the deceptive tactics that are used by e-cig manufacturers.  Many other e-cig companies are being targeted by class-action lawsuits, including Juice Man, VapeCo, Electric Lotus, Direct eLiquid, Beard Vape, Tinted Brew, Electric Tobacconist, and Eon smoke.

The ongoing lawsuits against e-cig manufacturers have the potential to cost the manufacturers a lot of money. If settled in favor of the plaintiff, the lawsuits could potentially change the legislation regarding the sale and advertising of e-cigs in the US.

If your child has been consuming e-cigarettes, you need to take action immediately. Consider talking to an attorney to learn about your rights. Taking action is important so that our kids remain safe and healthy.

Speak With a Dallas Product Liability Lawyer For Free