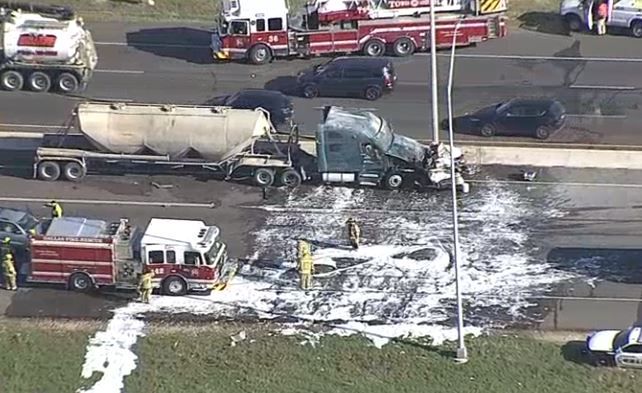 Emergency responders from Dallas Police Department and Dallas Fire-Rescue were dispatched to the scene of the accident at 8:51AM early this morning.

Seven ambulances were dispatched to the scene of the accident. Four of the ambulances transported a total of five people to area hospitals for evaluation of their injuries. No conditions have been released at this time on their injuries.

The major accident involved at least six vehicles, including an 18-wheeler. During the crash, the 18-wheeler struck and pinned one of the vehicles, requiring extrication by Dallas Fire-Rescue to remove the driver from the vehicle.

At some point after firefighters cut the driver out, the vehicle burst into flames.

Speak With a Dallas Car Accident Lawyer For Free