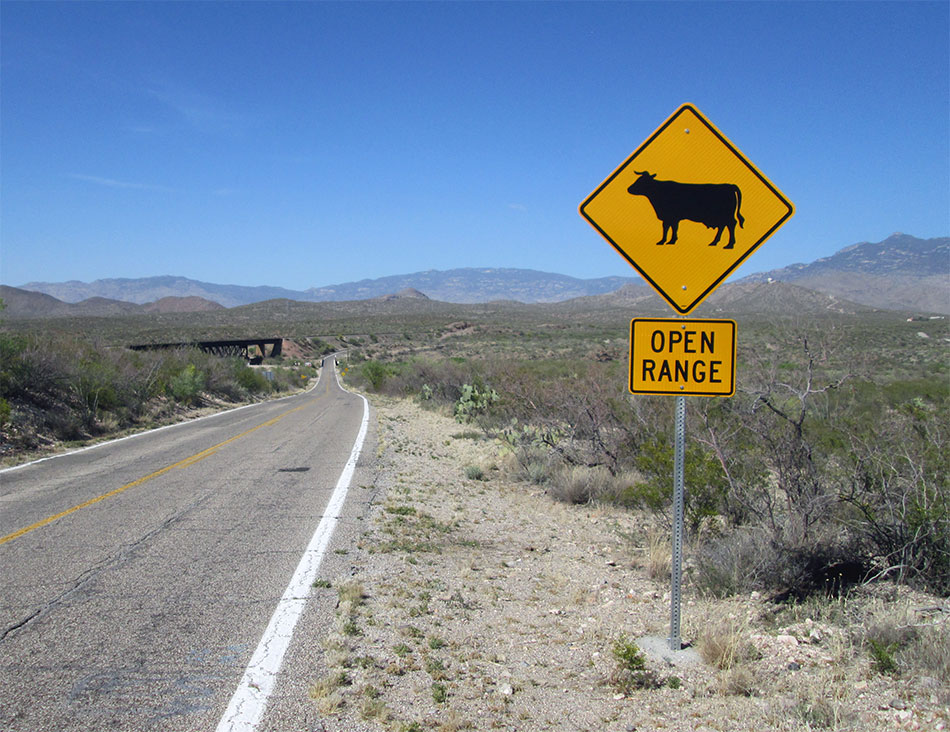 Learn about Texas’ fence laws, as well as how they apply to car accidents involving cows, horses, or other livestock wondering loose on Texas roads and highways.

The state of Texas is what is called an “open range” or “fence out” state. What this means is the owner of livestock is not generally obligated to prevent his/her animals from venturing into the roadway. While this is true for many situations, there are a few very big exceptions to this common law rule.

Common law is so-named because it is a “case law” based on a judge’s ruling on a particular case rather than being a statute that the legislature enacts. Under this provision, Texas is an open range state. The law was originally affirmed in the 1890s and again in 1999 when the Texas Supreme Court ruled a horse’s owner had no obligation to prevent the animal from roaming on a road between a farm and market.

This means that by default, in many rural situations, the owner of the livestock assumes no liability for any injuries a motorist suffers in a collision with the livestock. There are two exceptions to this law, though: stock laws and those statutes that cover state and federal highways.

The Texas Legislature has approved the passage of local stock laws since 1876. The purpose of these stock laws is to modify the open-range common law for a particular community or county in Texas. These laws are taken under consideration by local voters, and the laws may include all, or just a portion of an individual county. It’s also important to note that as of 2011, only 23 Texas counties were considered “open range” in their entirety.

If stock laws have been enacted in the area that your accident took place, landowners have a legal obligation to prevent their animals from venturing into the roadway. This can include horses, mules, donkeys, cows, bulls, steer, hogs, sheep, or goats (although some local stock laws only pertain to certain types of animals). When they fail in this obligation by permitting livestock to run free and a motorist is injured as a result, they can be held liable for the victim’s money damages resulting from the car accident.

If you’re unsure of whether or not stock laws had been enacted where your accident took place, call Rasansky Law Firm (1-877-405-4313) and allow us to investigate your claim free of charge. Rasansky Law Firm is experienced in these type of accident cases, and we’re happy to research the law, review similar case law in the area, and explain the legal options available to you over the phone, in person, or by email if you prefer. There’s no obligation to hire us, but it you do, it costs you nothing out of pocket. We’ll front all of the costs, and only recover a portion of the award if we are successful in securing you a cash settlement or successful jury verdict.

Another exception to the open range rule pertains to federal and state highways. Under the terms of the law, an animal owner is not permitted to “knowingly” allow specific animals to roam freely and unattended along a highway. This means that all U.S. and state highways are “closed range” under Texas law. What defines a highway? Under the terms of the statute, a highway is any federal or state highway, but excludes any farm-to-market roads. This can cause confusion, as two intersecting roadways in one county may fall under different areas of the law. Under the terms of the statute, liability for a resulting car accident falls upon either the person who owns the animals, or the person responsible for the control of those animals (such as in cases where the landowner leases his land to a third party and neither reserves the right to inspect the property nor assumes responsibility for the control of the animals).

Proving that a defendant “knowingly” permitted his/her animals to roam free can be tough in some situations, but is generally based upon many factors, including:

How it applies to your case.

In order to explain how the law is applied in different situations, we’ll use a hypothetical example. Let’s say that a horse is grazing in a pasture which belongs to its owner. The pasture is near a roadway, and sometime during the night, the horse escaped through an unlocked gate or damaged portion of the fence. The horse makes its way into the roadway, where a motorist strikes the animal. The incident caused damage to the vehicle and serious personal injuries to the motorist and two passengers.

Who is responsible for the injuries sustained and the damage to the vehicle? That all depends where the accident occurred and which laws or statutes were in force at that location.