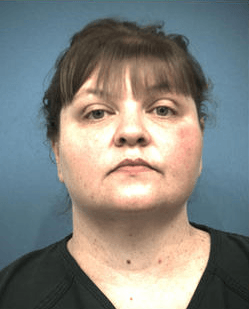 GEORGETOWN, TX (01/13/2016) — The owner of All About Kids daycare, Holly Harrison, faces two charges after 5-month-old Brody Havins died in her care two weeks prior.

Texas Child Care Licensing and the Williamson County Sheriff’s Office are currently investigating the All About Kids home-based day care near Georgetown, Texas after a 5-month-old child died while in their care.

Officials reported that emergency medical services responded to a call at All About Kids daycare at around 10:30 a.m. on January 13 to find that Brody Havins had choked on a mitten while under Holly Harrison’s care.

According to officials, Havins appears to have died after a mitten (white infant glove) got stuck in his throat, but an autopsy found that the baby could not have swallowed the mitten because “his epiglottis was not large enough to allow it to pass.”

Documents show that before calling 9-1-1, Harrison texted her 17-year-old daughter and contacted an employee to tell her that Havins was choking. Harrison waited approximately 12 minutes to call 9-1-1, and later admitted to deleting entries from her cell phone call log in an attempt to deceive investigators.

Additionally, documents show that Harrison had eight (8) children under her care at the time, which (according to CPS) is twice the maximum number of children she could safely supervise.

Harrison has been charged with injury to a child and tampering with physical evidence.

Authorities stated that Harrison was booked into the Williamson County Jail on Tuesday and was released on bond Wednesday.