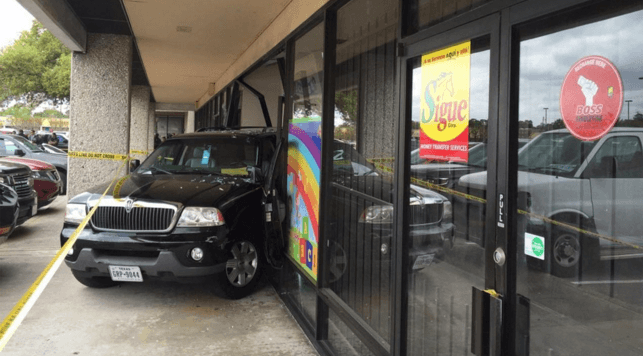 HOUSTON, TX (03/23/2016) — The K.D. Learning Center remains closed after 4-YO Anthony Craft was killed in a car accident outside the facility.

Authorities with the Harris County Sheriff’s office identified 4-year-old Anthony Craft as the victim of a fatal accident that occurred outside the K.D. Learning Center at the intersection of Uvalde Road and Wallisville Road in Houston, Texas.

Deputies reported that an 81-year-old woman arrived at the daycare to pickup her grandchild and another child, Anthony Craft. Thinking that both children were secured in her Lincoln Navigator, she began to reverse while Craft was still attempting to enter the vehicle.

The driver did not put her car in park as she reportedly tried to assist Craft, at which point, the child was struck by vehicle’s door and was pushed underneath it. The driver then fell from the vehicle, which continued in reverse, sideswiped another vehicle, and came to a stop as it crashed through the daycare’s entrance.

Bystanders performed CPR and 4-year-old Anthony Craft was taken to Memorial Hermann Hospital via LifeFlight, however, he did not survive. Authorities stated that the child died from head trauma.

In light of this tragedy, the Craft family has some serious questions for the daycare facility. According to the child’s parents, they do not even recognize the elderly woman who came to pick up Craft.

The family explained that Anthony spent mornings at the daycare center, and a bus took him to school in the afternoon. After school, the bus would bring him back to the day care, and his parents would pick him up after work.

“No one knows her,” said Dominique Howard, the boy’s aunt. “We just want answers and we don’t have any.”

The family says that Anthony Craft would have been 5 years old next week.

Records indicate that the K.D. Learning Center was inspected on March 1st, 2016, and that five violations were found. These violations included not having a current insurance policy, not having up-to-date criminal background checks on employees, failing to provide an annual sanitation inspection report, and failing to keep immunization reports and health statements for all enrolled children. CPS says that inspectors had not yet had the chance to check if these violations had been addressed prior to the accident.

This is a horrible tragedy, and our hearts go out to the family involved. One can only imagine the grief and pain a family goes through when they lose a young child – especially in these circumstances.