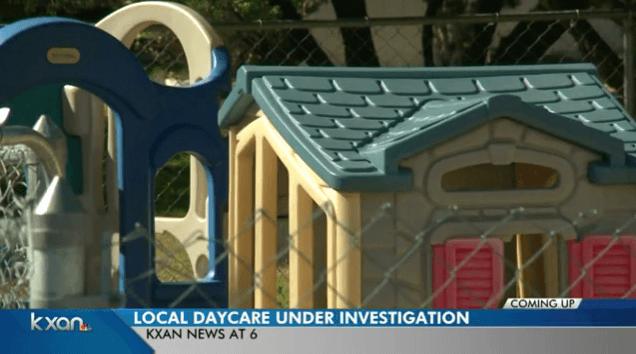 According to the Child Care Licensing, a division under the Texas Department of Family and Protective Services, Asher Academy in Georgetown, Texas is currently under investigation after police were called to the daycare center four times in the past three days.

On Wednesday morning, parents and grandparents found a note affixed to the door which stated that the daycare was closed temporarily while they hire new staff.

Child Care Licensing stated that they did not shut down the facility, however, the agency is stepping in to investigate the child care center after receiving multiple complaints.

Former director of Asher Academy Cristal Brown, stated that she called in the complaint to Child Care Licensing after J. Bradley Horner (the new owner of the facility*) spoke inappropriately to staff members in the presence of children, and never presented documentation of a complete background check before he began working at the daycare.

Child Care Licensing added that a daycare is supposed to notify the division before they close, and Asher Academy did not.

“Outright shut it down or not let anyone in or even talk to the parents, I think is wrong and the wrong way to do business,” says Rachael Caron, who has grandchildren that attend Asher Academy.

“We were told that somebody was investing in this school to make it better, but he didn’t invest he just took over,” said Amanda Lyda, an employee at the Asher Academy.

State records indicate that the Asher Academy has had eight violations in the past two years. Back in July, inspectors found that one caregiver didn’t know how many children she was responsible for, and a six-month-old was found sleeping with a stuffed toy, which is banned for any infants under a year old.

Inspectors also noticed a hole in the ceiling of a classroom, which had developed during a recent rain storm. Then in November, it was discovered that Asher Academy had no current health and fire inspections in place.

* UPDATE 04/15/2016: J. Bradley Horner reported that he does not, and has not owned and/or operated any day care facility located at Garland Christian Center. Although Horner advised that he is affiliated with Asher Academy, he states that the Academy was not created until January 5, 2016 and does not operate as a day care center. Horner alleges that he is the Chairman of the Board of Directors for Georgetown Christian Center, who leased space to Promiseland d/b/a Creation Station. According to Horner, Creation Station operated the day care center located at Garland Christian Center, which closed its doors in mid-January.