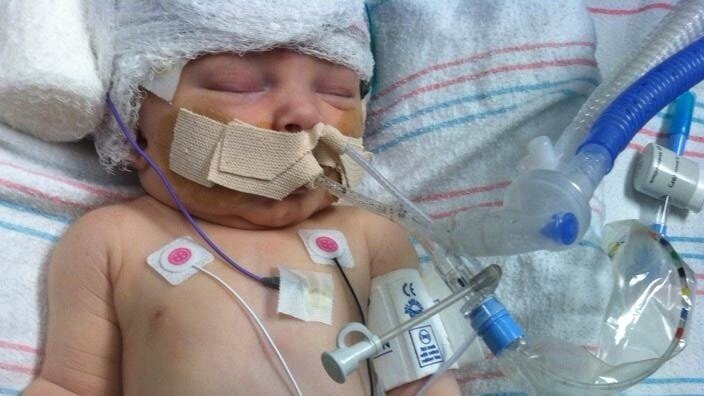 A Texas jury awarded $10,200,575 to the family of a child whose head was crushed by forceps during delivery, but the award was automatically reduced to $750,000 due to statutory damage caps on medical malpractice lawsuits in Texas.

These damage caps are the result of what’s called tort reform, which was advertised to voters in Texas as a way to reduce the number of “frivolous” medical malpractice lawsuits filed in the state. Damage caps only apply to cases where a jury has awarded the victim compensation, so how exactly does this help prevent unmerited lawsuits? Obviously it doesn’t, and was never intended to do so in the first place.

In this article, we’ll explain the facts of the “baby Olivia” case, discuss how tort reform applies, and explain how voters were tricked into voting away their rights while also helping protect big insurance.

Results of the lawsuit and initial jury award.

A jury recently awarded the mother of baby Olivia Coats nearly $10.3 million in a birth injury wrongful death lawsuit. The decision of the jury was that the doctor was 95% responsible, and that the other nurses were 5% responsible. Doctors testified that the baby’s death was caused by head injuries she suffered because of a botched forceps delivery. The mother sued the hospital, as well as the doctor who delivered the baby, claiming negligence and unsafe use of forceps.

The facts of the case.

The mother (Rachel Melancon) was admitted to the hospital for delivery two days prior to Olivia’s birth. The doctor allegedly used forceps repeatedly and refused to perform a C-section until after the 4th attempt failed. After the baby was delivered, medical personnel discovered she suffered from intracranial ischemic injuries. The lawsuit further claims the doctor used Pitocin during the mother’s labor even though the baby had an abnormal fetal heart rate.

After the baby was transferred to a children’s hospital in Houston, radiology revealed she had suffered a partial skull fracture among other serious injuries. She passed away after they removed her from life support in January 2014.

The baby’s father initially filed the lawsuit on August 6, 2014. The baby’s mother filed an amended petition in April that named both the hospital and the delivering physician as defendants, and the trial concluded on August 16th of 2016.

The jury was asked to decide whether the evidence showed negligence on the part of the doctor and the hospital during the baby’s delivery. While the plaintiff believed both parties were negligent, the jury placed 95 percent of the blame on the doctor and awarded the mother a total of $10 million plus $575 for funeral and burial expenses.

In addition, the jury was asked to decide if they believed the defendants’ negligence caused physical injury to the mother, and while they decided that the doctor was negligent, they did not find any fault with the hospital. At that point they awarded an additional $200,000 for her past physical pain and mental anguish.

Because Texas has a cap of $250,000 for all non-economic damages in medical malpractice lawsuits, the $10.2 million award was automatically reduced to $750,000 (there were three different claims capped $250K each). While economic damages are not capped under Texas law, these type of damages only account for things such as medical expenses, lost wages, property damage, funeral expenses, etc. Seeing as how a newborn baby does not incur substantial economic losses in such a case, most damages fall under the non-economic category, and are thus arbitrarily capped at $250,000.

While caps on medical malpractice awards may appear to be a deterrent to frivolous lawsuits, in reality they do nothing more than punish those who have the most serious and legitimate claims. Will it do anything to prevent or reduce the numbers of frivolous lawsuits? Not at all! The only thing it will accomplish is to protect the big insurance industry from being forced to pay the amount that the jury (who has heard both sides of the case) awards victims of malpractice.