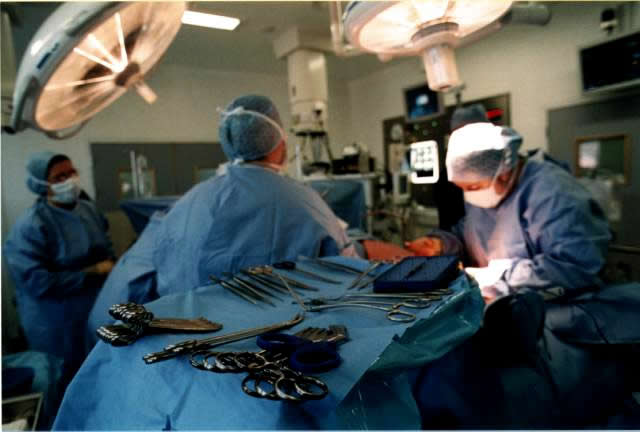 
Appendectomies are a somewhat common surgical procedure, with more than 327,000 performed every year in the US alone. When a surgeon acts in accordance with the accepted standard of practice, the risk of complication is low. However, this wasn’t the case for Ms. Asma Hajeh.
On Christmas Day in 2009, Hajeh had her appendix removed in emergency surgery. Five months later, she returned to the hospital with abdominal pains again. As it turns out, the surgeon (Dr. Andrew T. Hearn) did not remove the entire appendix back in December. As a result, Hajeh’s daughter had to be delivered four months premature, which caused serious and lifelong developmental challenges to the child.
The trial began December 2nd, and on on Dec. 18th, the jury found Dr. Andrew T. Hearn negligent. As jurors this week were scheduled to begin hearing evidence regarding monetary damages for the woman and her prematurely born daughter, the plaintiff and defendant decided to confidentially settle the case. The settlement agreement was announced by Superior Court Judge Michael Morgan of Wake County, North Carolina.
The lawsuit sought damages for medical expenses as well as permanent damages suffered by the woman’s daughter due to her premature birth.

When Ms. Hajeh returned to the hospital in May of 2010 complaining of unbearable pain around the same part of her body that was operated on, it was discovered that the surgeon had only removed part of the infected appendix and that a large part, partially obstructed by her colon hadn’t been excised. This surgical error led to emergency delivery due to the risk associated with the second surgery.
Ms. Hajeh’s attorney said that the surgeon did not act in a reasonable manner and did not do due diligence to ensure that he carried out the surgery to completion. It’s also important to note that the defendant allegedly only spent 17 minutes carrying out the procedure, too short of a time given the fact that these procedures normally take anywhere between half an hour to an hour. The plaintiff also claimed that the doctor did not use best judgment, did not follow accepted medical standard of care, and did not take reasonable care during treatment.

Have a medical malpractice claim yourself? Call 1-800-ATTORNEY!

If you or a loved one is also suffering due to the medical malpractice of a doctor, surgeon, or medical professional, call Rasansky Law Firm today at 214-651-6100 (local) or 1-800-ATTORNEY (toll-free). Alternatively, feel free to use the email form on this page and we’ll contact you shortly thereafter. We offer free consultations, and can explain all of your legal options. Allow our Dallas medical malpractice lawyers to seek the justice and compensation you deserve!