Child abuse is a serious problem in this country, and one which deserves more attention than it currently receives.

In the US alone, nearly 700,000 children suffer from abuse and neglect every year. This April we ask that you consider either volunteering your time, or helping spread awareness through social media or the Blue Ribbon Campaign.

The first federal child protection legislation was passed in 1974 in an effort to provide funding for the prevention, identification, and treatment of child abuse and neglect. Even though the Child Abuse Prevention and Treatment Act (CAPTA) has been amended numerous times over the years, its intent has not changed.

Congress made an additional commitment toward identifying and implementing solutions to the problem of child abuse. As a result, in 1982, both the Senate and U.S. House of Representatives designated the week of June 6-12 as the first National Child Abuse Prevention Week. The following year, the entire month of April was declared the first National Child Abuse Prevention Month, and since that time, various activities related to child abuse and neglect have been promoted during each April throughout the country.

The agency responsible for coordinating Child Abuse Prevention Month, as well as providing information and releasing the latest national statistics on child abuse and neglect, is the Children’s Bureau — a division of the Administration for Children & Families.

The Blue Ribbon Campaign to Prevent Child Abuse first began in 1989. It started as a tribute to a child who died as the result of abuse, when his grandmother tied a blue ribbon to the antenna of her car in order to remember him and make the public aware of the tragedy surrounding child abuse.

Since that time, the campaign has expanded throughout the country with many choosing to wear blue ribbons every April to remember those who have lost their lives to child abuse. Some communities have chosen to hold special fundraisers to help defray the costs of prevention, as well as treatment for victims.

The statistics on child abuse can be quite alarming to say the least. While the majority to child abuse cases are committed by family members, it’s important to understand that child abuse also often occurs in daycare centers, at school, or in public. If you’re concerned that abuse even MAY be occurring, it’s strongly recommended that you report your suspicions to the authorities immediately; especially if you’re a mandatory reporter. 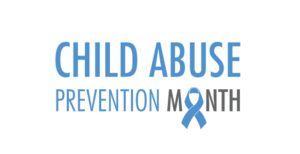 Our firm has a long history of daycare abuse advocacy, and we feel that allowing these caregivers to get away with abusing the children is the same as condoning the behavior. In order to stop it, we must hold abusers responsible for their actions. This helps not only the individual victim, but can go a long way toward preventing similar abuse in the future.