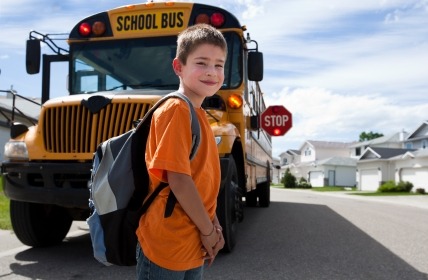 In many cases, the worst auto accidents that children are involved in are those where the child isn’t in a car. Children who dart into the road, bike too far into the lane and endanger themselves in other ways are at serious risk. In some cases, however, a child gets hurt or killed because of a driver’s negligence. These accidents often take place near where the child lives or goes to school. Here are some of the riskiest things that drivers do to endanger children’s lives: 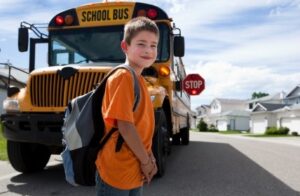 Some people refuse to slow down, or even drive ridiculously fast, through neighborhoods. Unfortunately, these drivers sometimes end up killing people because of their negligence. These drivers tend to be inattentive and to overestimate their own driving abilities, which makes them particularly dangerous to everyone else on the road.

Most school zones have a speed limit of 15 miles per hour when children are present. This is to give you ample time to stop if a child runs out in front of you. A car going 15 miles per hour can still easily kill a child. Some drivers refuse to slow down and they are very serious threats to children. Police oftentimes lay in wait around these stretches of roads looking for these particular dangerous drivers.

3: Backing Out of Driveways

Some drivers only glance behind them when they start backing up or don’t turn their head enough to see fully behind their vehicle. It’s hard to see small children when they’re on sidewalks, in some cases, and such drivers sometimes cause injuries and death to children because of this type of negligence.

Certain areas are particularly dangerous as far as accidents between children and vehicles are concerned. These include parks and other recreations areas. Sometimes, drivers fail to look closely enough when they drive through these areas and end up hurting or killing someone.
If someone hurts or kills a child in your family because of their negligent driving, you sometimes have the option of filing a lawsuit against them. If it’s successful, you may receive a settlement or a jury award. A car wreck lawyer in Dallas can give you more information. A good accident attorney, in fact, is the best source of information if you’re wondering about suing. While there are some common elements between many wrongful death suits against negligent drivers, each case is different and an attorney will need to review yours.