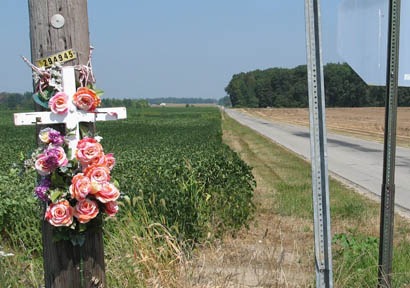 After searching for the missing man, a Dallas sanitation worker has been found dead at a landfill. The man, 42-year-old Roderick Taylor, went missing on Monday afternoon, May 10. His truck was found idling but empty at the city landfill in southeast Dallas – and Taylor was nowhere to be found.
Taylor’s body was found on Tuesday morning at 9:45, hidden among the debris of the McCommas Bluff Landfill, located at 5100 Youngblood Road in Dallas, Texas. He had worked for the Dallas sanitation department for three years. Dallas Police Officer Lt. Andrew Harvey explained to reporters that the man’s body was difficult to find because of the trash, terrain, and generally dangerous conditions.
Taylor’s body is now being autopsied by a Dallas medical examiner, who will hopefully be able to determine a cause of death. Currently, authorities are completely unsure what happened to the man, although they doubt that foul play was involved. While it is possible that Taylor could have suffered a medical emergency while at the landfill, such as a stroke or heart attack, it is also possible that he was killed due to an on-the-job accident. Aslip and fall at the landfill could have taken place, but so too could an unexpected medical emergency. It is unclear why his body was so well hidden among the trash and debris in the area. No one witnessed the Texas worker accident.