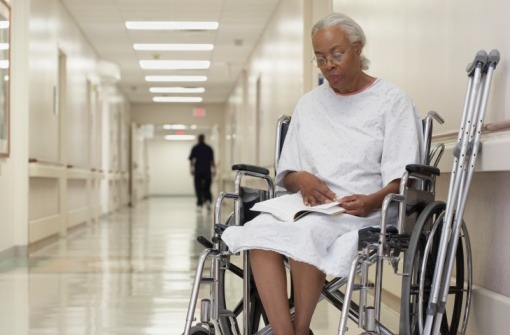 Imagine surviving a wartime deployment in the military only to have your life put at risk by negligent medical care.

In 2004, the Veterans Administration ranked the Dallas VA Medical Center last in the nation among all military hospitals. At that time, eighty percent of quality indicators at the hospital fell below the fully satisfactory level. Veterans say that conditions have not improved and that instead of saving lives, the poor quality of care is putting lives at risk.
Marilyn Ward of Kerens, Texas, went to the Dallas VA Hospital for treatment for stomach pain. The doctor told her that the pain and vomiting she was experiencing were in her mind. Ward sought a second opinion. That doctor found that she had an obstructed bowel that had gone septic. Ward believes it was a complication of the stomach surgery she had undergone a few months earlier at the same hospital.
Jennifer Villareal of Ennis, Texas, went to the Dallas VA Hospital for treatment of chronic constipation. She was admitted and then told she needed surgery for another condition. Her ovary, fallopian tube, and appendix were removed, but she was still constipated. After being told that the doctors had done all they could, Villareal was discharged. A local doctor diagnosed her with colitis. The treatment was antibiotics and steroids.
Chief of Staff Dr. Clark Gregg says that the VA hospital is one of the best in the nation. He claims that Villareal and Ward are anomalies. But, on November 24, the Office of the Inspector General released a report critical of patient care at the hospital and the long waits required to get care. The report found that patients routinely waited three to six months or longer for heart monitors. The patients were not given a cardiology review and they were not allowed input into their appointment times. One patient spent six months waiting for the appointment. When the appointment came, he waited 11 hours before giving up and leaving without his pacemaker. He later got his pacemaker through a private physician at his own expense.
Veterans who are injured due to medical malpractice at VA hospitals cannot file a regular Texas medical malpractice claim. Instead, they must sue the government under the Federal Torts Claims Act.