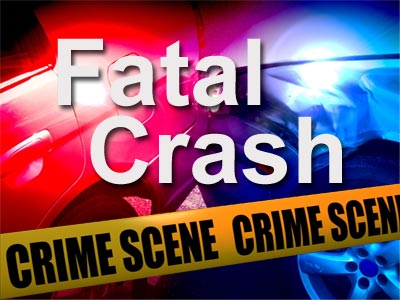 
Four vehicles (including an 18-wheeler truck) were traveling down Interstate 45 on Monday evening when an accident occurred at 8:49 p.m. According to a DPS report, the vehicles were travelling southbound on I-45 when the driver of the first vehicle, a 2009 Dodge Journey, slowed to make a left turn at an “official and emergency use only” median crossing (about 2 miles south of the town of Buffalo). There are diverging reports about what exactly happened next.
One report states that the Dodge Journey was struck in the rear by a Buick Roadmaster, and that the two additional vehicles (a 2001 Chevrolet Impala and a big rig truck) collided with the wreckage.
A different report says that the Buick Roadmaster and Chevy Impala slowed for the Dodge Journey and that all three vehicles were then struck from the rear by the 18-wheeler semi-truck.

We do not yet know all the details which led up to this accident (as the investigation has not been completed yet), but when a vehicle is unable to stop for an accident ahead of them, this usually means that the driver was following at an unsafe distance.
Drivers should always leave enough room between their vehicle and the vehicle in front of them. This is especially true for 18-wheelers and other big trucks, as their sheer mass equates to a 40% longer stopping distance than that of the average passenger car – and truck drivers know this! Every trucker is required to obtain a commercial drivers license (CDL), and are held to a higher standard than normal drivers.
Our thoughts go out to the victims and their families during this tragic time, and we hope that the facts of this accident are fully-investigated by state (and/or private) investigators in a timely fashion.