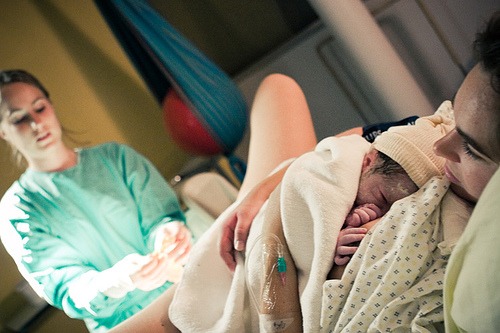 Whether or not you think that home birth in Texas is a good or bad option for expecting parents, you may be shocked to learn that in this state, midwives (the medical professionals who attend home births) are not required to carry liability insurance.
That is, if your home birth experience lead to harm to the mother or injury to the child – and that harm or injury is due to the negligence or carelessness of the midwife, you may not be able to collect significant damages from her. However, now one Houston couple is looking to change the law.
In the spring of 2011, Tina Constive went into labor with her third child. A few years before, her and her husband Frank had welcomed twins into the world, and they had decided to have a third child after Tina’s mother died of cancer at the early age of 58. After doing some research, the couple thought that it would be a good idea to have a home birth, which would give them privacy and which would be less expensive than a hospital birth.
After Tina noticed some bleeding and contractions, she called her midwife, who drove to her home, examined Tina, and said that they were safe to go ahead with the birth. However, the midwife over looked a life-threatening complication that almost killed both Tina and her unborn baby, Sam. In the end, after an emergency hospital transfer, Tina almost bled to death and Sam suffered a permanent birth injury – severe brain damage.
While the couple still believes that home birth and midwives are a good choice for some families, they also believe that the person responsible for such heartbreaking medical mistakes are held liable for what they did – and that similar birth injuries in the future can be avoided.