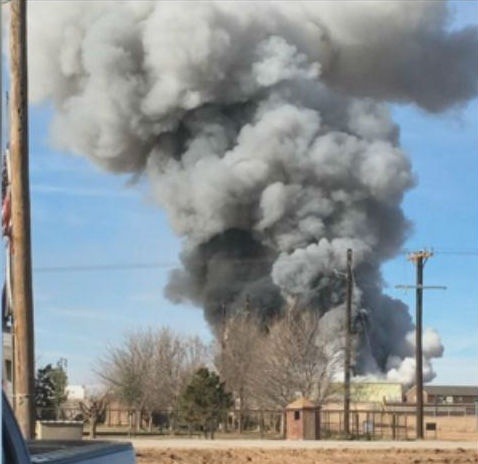 MIDLAND, TX (01/05/2016) — Julian Gallardo was killed in an industrial accident that resulted in a fiery explosion at the Water Rescue Services site in Midland on Tuesday.

According to authorities, 23-year-old Julian Gallardo—a water treatment company worker from Midland—was killed in a fiery explosion at a West Texas oil and gas services facility.

Police are unsure at this time if it was a chemical reaction or a spark that lead to the explosion, but an investigation is ongoing. It was reported that Julian Gallardo was mixing chemicals when the accident occurred.

Gallardo’s body was found in a burned-out structure at the Water Rescue Services site. The explosion and resulting fire also destroyed two nearby recreational vehicles and three other motor vehicles.

Midland County Fire Marshal Dale Little stated hat the cause of the explosion remains under investigation.

While this fatal accident remains under investigation, we would like to discuss workplace accident statistics. For the past ten years, Texas has lead the nation in workplace accident fatalities. Back in 2013, the U.S. Bureau of Labor Statistics reported that 493 Texas workers suffered fatal injuries just that year. Although that number dropped by 8% from the previous year, the numbers are still WAY too high.

We would like to remind Texas-based industrial workers that due to whistleblower protection laws, you have the right to report safety violations to the proper authorities without fear of retaliation. Furthermore, when someone is injured or killed on the job, you and/or your family are entitled to seek compensation.