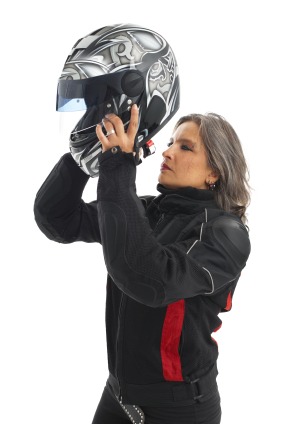 It’s still warm enough to go out on your motorcycle and to enjoy the Texas highways but, as Summer moves into Fall, it’s a good idea to keep in mind that some of the logistics of being on a motorcycle change, particularly at night. While living in a characteristically warm climate is a great thing for a motorcyclist, it also comes with its own hazards, some of which are difficult to ascertain without being an experienced rider.

After the sun goes down, temperatures can drop dramatically and very quickly. When you’re riding a motorcycle, this means that you’re actually at risk of getting hypothermia. Getting extremely hypothermic is not generally a risk in Texas in the Fall but, if temperatures do drop low enough, it can become a problem. For most riders, the problem isn’t actually getting so cold that you are at risk of having medical issues. The problem is that the rider’s discomfort can act as a distraction from the road. Anybody who has ridden a motorcycle for any extended period of time knows that not paying attention for even a split second can turn into a disaster; a potentially fatal one, at that.

When the weather gets colder, drivers are expecting to see motorcycles even less than they normally do. Keep in mind that drivers oftentimes completely ignore motorcycles when they see them because they happen to be looking for cars, not two wheeled vehicles. At night, your single headlight can sometimes lead a driver to believe that you are a car much farther away than is actually the case. Keep a sharp eye out for drivers who may not be expecting to see motorcycles later in the year and watch out for vehicles that attempt passes on two-lane roads because they think you’re farther away than they are. You don’t have to be overly tense about riding, but be ready for the unexpected.
If you’re injured by a driver who is inattentive and negligent, contact our Dallas motorcycle accident lawyers. Motorcycles have as much right to the road as does any other vehicle and a Dallas motorcycle accident attorney will be more than happy to represent you if you have a claim against the driver that owes you compensation for the pain and suffering, loss of property and other expenses they cause you as a result of their negligence on the highways.