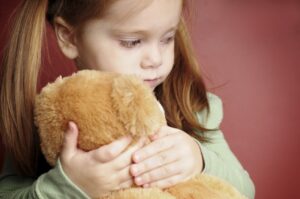 Among children aged between one and 12 years, motor vehicle crashes are the leading causes of death. According to the National Highway Traffic Safety Administration, 4,028 children aged 12 and younger were killed in crashes involving passenger vehicles from the year 2006 to the year 2010. The information goes on to state that a staggering 660,000 children were injured in crashes during that same period.

There have been many different outreach programs directed at parents designed to help them keep their children safer in their cars. The newest one is called “The Right Seat” and will consist of a series of PSA materials and a website called Parent’s Central, which parents of children who need to use car seats can visit to learn how to select the right models.
Car seats can be more complicated than they may seem. Depending upon the age and size of the child, being safe in a passenger vehicle may mean choosing either a forward- or backward-facing seat, a seat of a particular height, a seat with a specific design for the seatbelts themselves and many other factors. Trying to cut down the amount of children who are hurt and killed in car accidents will start by trying to reach out to parents and help them to learn how to choose the right car seat.

Another potential risk that parents traveling with children face is the risk that they may become distracted while they’re on the road. Distracted driving is becoming a greater and greater problem and, though it is usually associated with using cellular phones when behind the wheel, distracted driving can occur for any reason, even unruly children.
At Parent’s Central, there is also plenty of information on the site for children themselves, including information on crossing the street safely, information on school buses and more.
When somebody slams into a vehicle and the people in the vehicle that was hit were doing everything they could to try to keep themselves safe and end up suffering a death or serious injuries anyway, it’s important to speak with a lawyer about wrongful death. The lawyer may determine that the other driver was negligent in causing your injuries and may encourage you to file a lawsuit against the driver that could win you enough compensation to pay for your injuries.