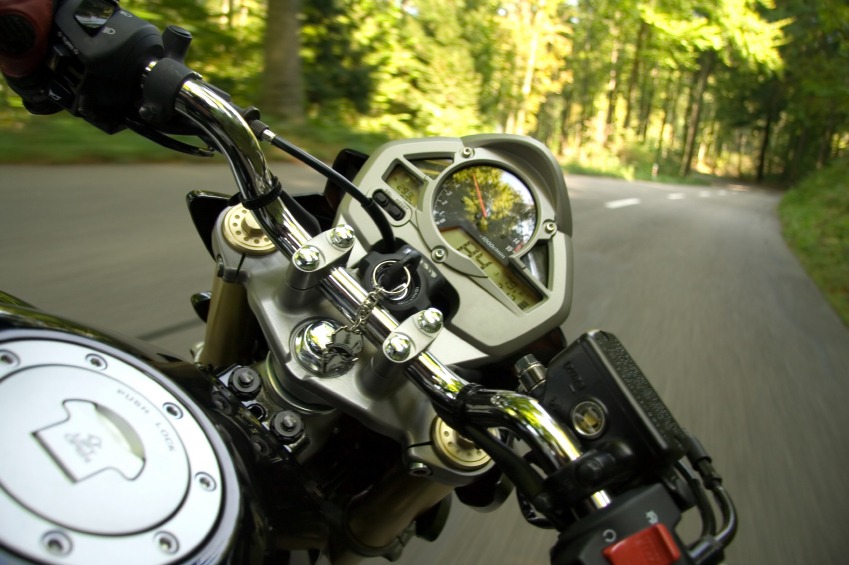 Dallas is warm enough that it’s practical to use a motorcycle year round. Aside from the changes in clothing and riding habits that have to be made to accommodate cold weather, you’ll also have to accommodate winter drivers. There are several factors working against a motorcyclist during the winter months.
Black ice is a popular term for a thin sheet of ice that forms on the road, oftentimes in areas where the sun doesn’t hit or at intersections where moisture from car exhaust freezes to the road. Unfortunately, black ice really isn’t black: it’s transparent. When you’re on the road, the tire ruts in the blacktop are usually less icy than the crowned areas of the road. The heat from car tires prevents ice from forming. If you do hit a patch, don’t turn your bike. Reduce your speed and keep your bike upright on the ice. These patches of ice usually aren’t very large, but they can cause you to lay your bike down.
Winter drivers really aren’t expecting to see motorcyclists. In the summer, drivers are simply more conditioned to seeing bikes on the road and will tend to notice them more. Be extra careful, especially during the dawn and dusk hours. Between the low light and the fact that dawn and dusk occur around rush hour in the winter, it’s a dangerous time to be on the roads.
During bad weather in the winter, it becomes very hard to see motorcyclists. If snow starts falling, it’s exceptionally hard to see them, as snow tends to obscure taillights and motorcyclists are already lacking in that department. Be extra aware of people behind you. Especially if you have to drive very slowly because of surprise snowfall, you’ll want to make sure you’re visible.
A motorcycle accident attorney can help you if you’re hurt because of someone’s negligence. A Dallas car accident involving a motorcyclist has a much higher chance of causing a severe injury. The fact that it’s winter doesn’t mean that motorcyclists have any less right to the roads and, if you’re injured, you may want to speak with an attorney about getting compensated for those injuries. If you’re out on two wheels over the winter, remember that other drivers expect you to be there even less than they do in the summer and that you’ll need to accommodate this fact to stay safe.