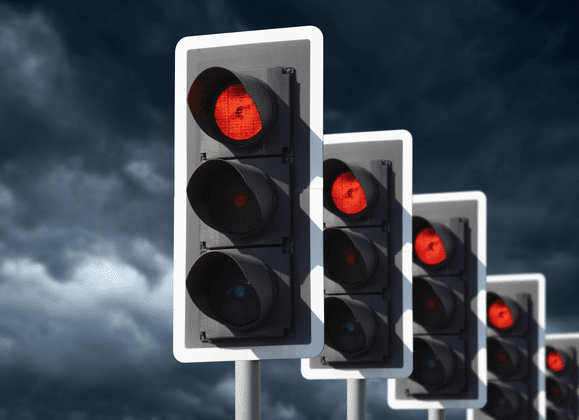 Injured in an accident caused by a negligent driver who ran a red light?

Red light accidents are very common and can cause catastrophic injury to those involved. For that reason, the state of Texas has implemented laws to help protect its motorists and has enforced special rules for turning left and right on red. 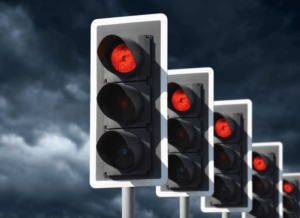 In spite of the state’s efforts and your safe driving, accidents still happen, especially when other motorists are negligent on the road.

Chapter 707 of the Texas Transportation Code gives local jurisdictions the authority to install photographic traffic signal enforcement systems or red light cameras at their intersections.
Unfortunately, red-light technology can be faulty and many times, the pictures captured are of poor quality. There may be instances in which it is unclear who was actually driving the car that was involved in the accident. In addition, traffic cameras at intersections only take a couple of pictures at any given incident.

What does this mean for you? Despite some pitfalls, red light cameras can potentially show negligence when an accident occurs and that is a benefit to your car wreck case. However, if you’ve been in a car accident involving a red light runner, keep in mind that traffic camera footage can only be obtained with a subpoena. Proving your case in these types of instances can be a bit complex. Obtaining legal representation is the best way to ensure you are treated fairly.

Liability disputes are frequently initiated by insurance companies. This is a standard procedure and they use tactics to stall the claim in hopes that the accident victim will give up the fight. Proving your case in these types of instances can be complex so obtaining legal representation is the best way to ensure your case is settled fairly.

An insurance adjuster’s job is to negotiate and protect the interests of the company. Here are 3 common tactics to be aware of:

The best defense against the insurance company is to hire an experienced personal injury attorney and have them fight on your behalf. A lawyer can determine liability, gather evidence, and investigate the insurance company’s reason for denying or minimizing an accident claim.

501 motorcyclists died in 2017 in crashes on Texas roads. Left-hand turns are the biggest danger to motorcyclists and left turn collisions are more than 40 percent of motorcycle related accidents.

Often times motorcycles are hit by negligent driver’s who are speeding or running a red light. Unfortunately, when motorcycles are involved in collisions with cars, the resulting injuries can be catastrophic. If you are the victim of a careless driver, let a Dallas lawyer advocate for you and settle your case fairly.

Want to know more about auto accidents caused a negligent driver as it relates to your car accident case? Give us a call right now at 1-877-405-4313to learn more about your legal options, as well as how we may be able to help you on a no-win no-fee basis.

Speak With a Dallas Car Accident Lawyer For Free