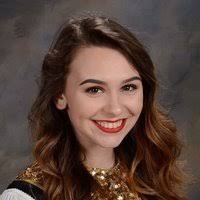 Suzanna Brooke Grigsby, of Mount Pleasant, died Sunday after a wreck the evening of Wednesday, April 25.

According to Mount Pleasant police, Three teens leaving Drill Team practice were involved in an auto accident near Mount Pleasant High School. Shamour Hines, 17, (driver) of Mount Pleasant and Grigsby, 16 (passenger), were headed westbound on North Edwards Avenue in a corvette when the accident occurred. Ashley Blalock, 18, driving a Jeep Wrangler, pulled out of the school’s parking lot onto North Edwards Ave. and was struck by Hines’ corvette. According to police, the impact of the corvette flipped the Wrangler onto its side.

Grigsby was transported by air to a Tyler hospital where she died Sunday. Hines and Blalock were taken to a local hospital where they were treated for minor injuries.

According to Grigsby’s family, she was a self-less person who was “Always goofy and a joy to those around her, Suzanna couldn’t help but to give first to others whether it was dinner she shared at the table with her brothers, a friend in need of makeup, or a homeless person on the streets of New York City,” her obituary states. “In her giving ways and spiritual maturity, she had the forethought to be an organ donor, and she will now be able to give life to others that she will never meet.”

Having signed up as an organ donor, Suzanna’s spirit will be a blessing to others in need.

Funeral services have been set, according to Bates Cooper Sloan Funeral Home; visitation will be from 1 p.m. to 2 p.m., Saturday, May 5, 2018 at First Baptist Church in Mt Pleasant, TX. A Celebration of Life will follow the visitation at 2 p.m. Suzanna’s family requested a private burial after the Celebration of Life.

Memorial donations can be made to The Ranch Ministry. An online registry is available at batescoopersloanfuneralhome.com