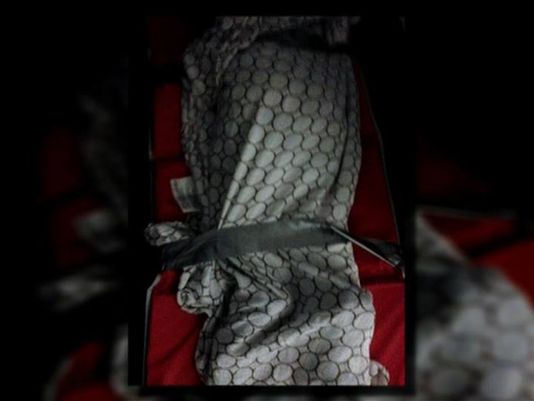 Heart2Heart Montessori Academy in Willow Park is being investigated for prohibited punishment after picture of duct taped child prompts concern.

UPDATE: Rasansky Law Firm has now filed a lawsuit against Heart2Heart Montessori on behalf of the parents of one of the children allegedly restrained by duct tape. A Parker County, Texas daycare has come under fire for allegedly duct taping children to their beds as they slept in order to stop them from moving around. The allegations went viral after a photo started circulating among parents. The photo was allegedly taken by a now former worker who said that she took it out of concern for other children. The photo clearly shows a child being held down by two strips of duct tape as he slept under a blanket; one strip across his legs and the other, across his shoulders.

The photo and allegations prompted parents to call a meeting on June 19th with the administration of Heart2Heart Montessori Academy in Willow Park in order to get to the truth of the matter. Parent Lorrie Almquist also alleged that the daycare owner, Pam Decker, had admitted to doing the same thing to her son that same day. As a result, Mrs. Almquist pulled her son out of the school.

The daycare center’s owner is apologetic and stated that it was probably something that shouldn’t have been done. Child Protective Services confirmed that it was investigating a case of prohibited punishment. CPS confirmed that they had carried out a routine inspection back in April and hadn’t found any deficiencies, a rare occurrence in today’s daycare schools.
Heart2Heart Academy also released a statement saying that the school and daycare had had an exemplary performance history and that it would work with childcare licensing authorities to get to the root of the issue.

Childcare abuse is a growing concern in this country and more and more similar incidences are being reported in the news regularly. The practice has far-reaching consequences and may lead to both physical and psychological scarring. Most parents put a lot of faith in individuals who are supposed to be caring for their children.
It’s important to teach your child to be vigilant as well as to foster an open line of communication between you and your young one. Watch for warning signs such as withdrawal, night terrors, body marks and aggressiveness in your child. Most of the time, these are signals of some kind of trauma in the child’s life that needs to be investigated thoroughly. If you suspect that your daycare is abusing children, please get in touch with Child Protective Services. If your child has been abused, you should also contact Rasansky Law Firm at 214-651-6100. Protect your child’s rights.
Sign this Change.org petition to send a message that this kind of abuse WILL NOT be tolerated!