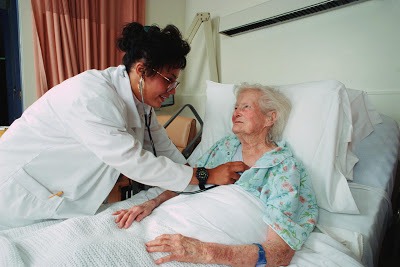 Several bills have been filed in 2017 which seek to improve nursing home care in Texas.

Nursing home abuse is a serious problem, and one which Texas lawmakers have previously tried to legislate with little success. Now they’re making another attempt—two years after similar bills failed to pass.

UPDATE: On April 19th, the Texas Senate unanimously approved Senate Bill 932 with a 31-0 vote. The bill did not make it out of the House of Representatives, but was later added as an amendment to another healthcare bill which did pass! The new law takes effect on September 1st, 2017.

A new effort has been made by Texas State Senator Charles Schwertner to make it much more difficult for nursing homes and other facilities that provide long-term care from avoiding disciplinary actions as a result of poor or inadequate care. The bills introduced would also pertain to other agencies that provide home and community services.

Two of the three bills (Senate Bill 932 and Senate Bill 933) would provide for higher fines when serious violations are discovered during inspections, and remove the loophole that allows them to correct the problems after completion of the inspection. Senate Bill 934 would require all nursing homes to maintain at least $1 million in liability insurance coverage so that potential victims are not left in the cold due to inadequate coverage by the nursing home facility.

Even in the early stages, there is already controversy over these proposed changes. For instance, the Texas Health Care Association (THCA) is the representative for the nursing homes, and is conducting lobbying efforts that focus on highlighting over-regulation in the industry.

THCA believes the real problem is one of a system that is strapped for cash and provides $20 less per day to care for residents on Medicaid than the actual cost of that care. They say this puts excess pressure on already-underpaid workers.

In spite of these claims by the association, the AARP recently released a report titled Intolerable Care. According to this report, the quality of care in Texas nursing homes is extremely low, and is much worse than the care provided in most other states.

During the 2015 fiscal year, investigators found a total of 454 violations that placed nursing home residents in immediate jeopardy, and another 312 that placed residents in actual harm’s way (only a minimal decrease from the previous year). Even worse is the fact that approximately 94 percent of the violations were distributed among only 328 of the 1,200 nursing facilities in the state of Texas. While there were a total of 17,466 violations altogether in 2015, investigators only took enforcement action on 40 of them.

In addition to bills mentioned above, State Representative Stephanie Klick filed House Bill 2454, which is intended to improve the quality of care in nursing homes in Texas. The intention of the bill is to create a payment program that is quality-based and focuses on achieving some quality indicators (that may include higher staffing levels for direct care), while reaching the goal of positive clinical outcomes for the residents in Texas nursing homes.

Currently, the Medicaid reimbursement system in Texas does not make allowances between quality and low performance facilities; both receive the same amount of reimbursement from the state. There is no provision for accountability, no incentives to encourage nursing homes to maintain a high standard of care, and it discourages facilities from making any financial outlay to make improvements in patient care.

The fact that Texas has a worse record than most other states has led lawmakers to seek another opportunity to make improvements to the nursing home system in 2017. It is hoped that if the bills pass this time around, it will allow the nursing homes in Texas to improve the quality of care they provide their residents.