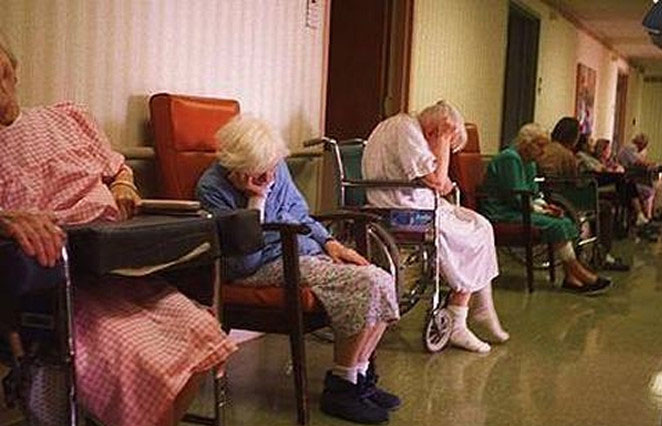 New data shows that while the overall number of serious health-standard violations in nursing homes decreased on a nation level from 2010-2014, they actually increased in Texas. Even nursing home employees are admitting that there’s a serious decline in care which places nursing home residents in danger of injury.

According to a recent study commissioned by the Texas Health Care Association, violations of health standards in Texas nursing homes increased by twenty percent between 2010 and 2014. On a national level, health care violations decreased eight percent during the same five-year period. Even if we just look at severe deficiencies, the number of violations in Texas increased by 3 percent while they fell by 16 percent nationally.

A severe deficiency is defined as a violation which results in actual harm, but doesn’t necessarily cause an immediate threat to the residents or employees. The study clearly warns that elderly residents of these nursing homes and assisted living facilities are at an increased risk of serious injury until the situation improves.

There were several alarming trends uncovered during the study, including the fact that in 2013, Texas had the highest rate of inspections that led to “immediate jeopardy” deficiencies (3.7 percent). These types of violations (if not immediately mitigated) are said to cause serious harm or death to a resident or employee.

The gap between what Medicaid pays and actual nursing home costs is a major problem with nursing home care. With close to 70 percent of nursing home residents relying on Medicaid, nursing homes are unable to easily shift those costs not covered under Medicaid to Medicare or private-pay patients. Medicare does not cover long-term care, but only short stays in a nursing home.

An analysis of the data collected in the study showed that there is a definite correlation between Medicaid reimbursement and the quality of care afforded by nursing homes. According to the American Health Care Association, the base payment in Texas was close to $142 per patient daily, almost $13 short of covering the actual costs of care. Federal studies have revealed Medicaid reimbursements in Texas hover near the bottom and haven’t covered actual costs of care since 1994.

While the industry study found that Texas nursing homes did meet state minimum staffing requirements (one staff member for every twenty residents and a minimum of 24 minutes of nursing time during the course of the day), nursing homes in Texas still lagged behind the rest of the nation in several key areas. One example of this would be nursing staff hours per patient. In Texas, nursing staff spent an average of 3.59 hours per patient, per day. In the other states studied, daily staff time per patient ranged from a low of 3.74 hours per day to a high of 4.64 hours per day.

Turnover is another big problem with nursing homes in Texas. In 2014, nursing homes lost 98 percent of staff providing nursing services (compared to only 27 percent in New York). While this high turnover rate may contribute to poor nursing home care and abuse, the issue really comes down to responsibility.

If a nursing home cannot adequately care for ALL of their patients, they are failing in their legal responsibility and putting innocent lives at risk. In my opinion, the state of Texas needs to reevaluate its policies on reporting violations and enforcing penalties. We need to get tougher on those facilities which continually put their patients at risk, and push legislators to support programs that address these serious issues.

The changes within the system need to include more stringent enforcement of health and safety rules, rather than just higher Medicaid payments. There needs to be sanctions that are severe enough to put an end to bad behavior. It sounds crazy, but the Texas Department of Aging and Disability Services (DADS) only took action against nursing homes 44 times during the 2015 fiscal year, in spite of the fact that inspectors cited 17,647 violations.