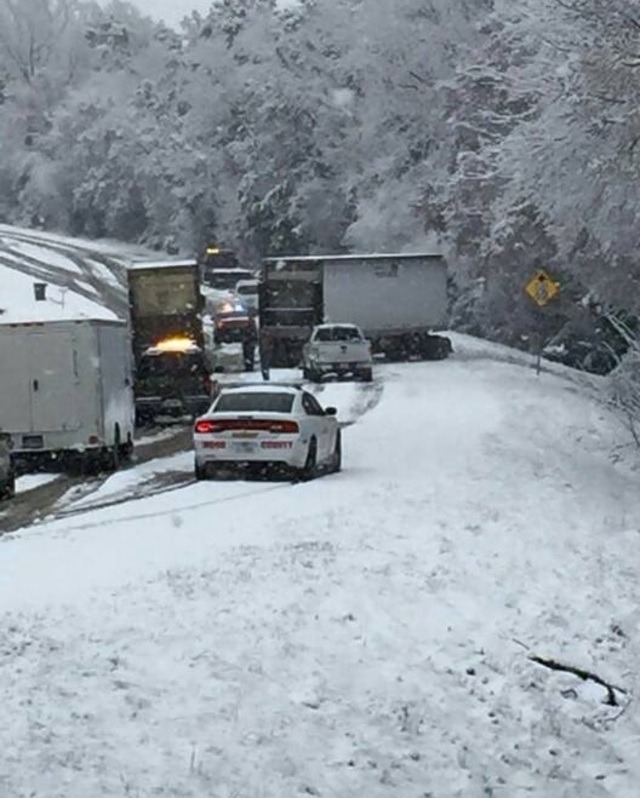 
According to DPS, the two-vehicle accident occurred around 9:20 a.m. Wednesday morning on Highway 11 (about 7.4 miles east of Winnsboro, TX). Department of Public Safety Trooper Jean Dark says the semi-truck was headed westbound on Highway 11 when the driver failed to negotiate a curve and drifted into oncoming traffic. As a result, the 18-wheeler crashed head-on into an eastbound Ford Focus driven by 42-year-old Velma Dismukes, of Winnsboro Texas.
Velma Dismukes was pronounced dead at the scene of the accident by Wood County Justice of the Peace Cindy Weems. The driver of the tractor trailer, 56-year-old Mitchell Bartram (of Euless), was reportedly uninjured.

Commercial truck drivers are held to a higher standard than passenger vehicle drivers – and for good reason. Accidents involving large trucks often result in serious injury or death, and CDL holders are fully aware of their responsibility to keep other motorists from harm. When the driver of a tractor trailer causes an accident and someone is injured or killed, the victim (or their family) is absolutely allowed to seek justice through a civil lawsuit.
Many people are unaware that truck drivers are governed by an entirely different set of federal traffic laws. Many times these type of accidents can be attributed to things such as not driving to conditions, falsified driver logs, hours of service violations, texting and driving, unlicensed drivers, etc. Through an investigation, a law firm may be able to uncover these unscrupulous tactics often used by trucking companies and hold them accountable for their actions.
While a lawsuit allows the plaintiff (victim) to seek financial compensation for their losses, it can also lead to safer roadways for all drivers. As an attorney, I handle trucking accidents on a regular basis. I’m very aware of the pain that a fatality can cause to a family, and advocating on the side of the victim is my passion. We simply cannot let trucking companies skirt the rules and put other peoples’ lives in danger due to their pursuit of profit.