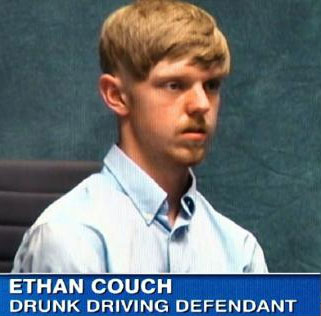 The FBI and U.S. Marshals are looking for “affluenza” teen Ethan Couch, believed to be on the run with help from his mother.

UPDATE 12/29/2015: Ethan Couch and his mother have been detained by Mexican authorities.

In July of 2013, an intoxicated 16-year-old Ethan Couch rammed his pickup truck into a group of pedestrians at over 65 mph on a suburban Texas road, killing 4 people and seriously injuring two others. Police said that Couch’s blood-alcohol content (BAC) at the time was three times the legal limit, and that traces of Valium were also found in his system. His resulting criminal trial was one of Texas’ most talked-about court cases in recent history, primarily due to the coinage of the term “affluenza” by a testifying psychologist and the surprisingly lenient sentence he received (10 years probation; no jail time).

Almost exactly two years after his sentencing, Ethan Couch has stopped contacting his probation officer and authorities say both Ethan and his mother (Tonya Couch) are now missing. 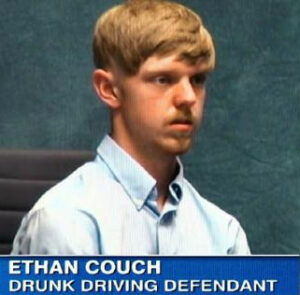 On December 2nd, 2015, footage surfaced on Twitter which appeared to show Couch laughing and clapping with several others who were playing a game of “beer pong.” This was after he was ordered by his probation officer not to drink on orders of the court and the judge who handed down his sentence. Soon after this development, Couch and his mother disappeared, leading to his attorneys releasing a statement claiming that the probation officer had been unable to make contact with him for the last several days.

The Tarrant County Sheriff’s Department subsequently issued a warrant for his arrest (more-accurately a “directive to apprehend”) upon his disappearance. Sheriff D. Anderson said that it was his personal belief Ethan had ran quite a distance, and that he feared the young man has had a pretty good head start. He added that his mother may have gone with him and that he did not think that they were going to be found locally.

Despite the fact that Tonya Conch is also missing, the Sheriff’s Office has not released a warrant for her arrest. That will likely change if police determine that she helped him avoid detention.

“As police continue searching for Ethan Couch, we ask everyone to be on the lookout. MADD’s heart goes out to the loved ones coping with the lifetime loss and grief because of his action to drink underage and then get behind the wheel. Underage drinking and drunk driving are both illegal and should be treated with the utmost seriousness.”

MADD Victim Services are available free of charge through their 24-Hour Victim Help Line (1-877-MADD-HELP), online at MADD.org, and through trained victim advocates in communities nationwide.